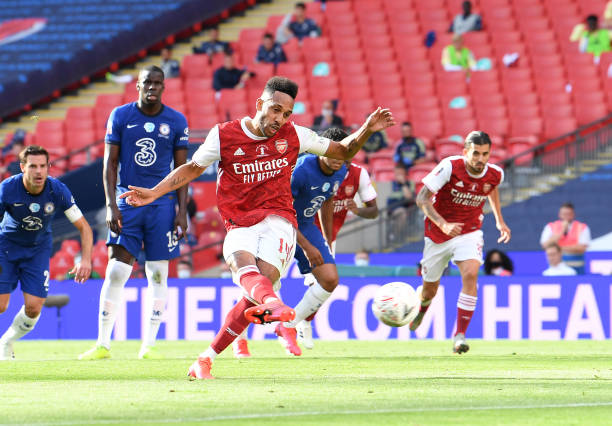 Arsenal striker and captain Pierre-Emerick Aubameyang was very influential in his team winning the FA Cup today against Chelsea at the Wembley Stadium but he has however refused to say that he is the one who deserves the most credit for winning the competition.

Arsenal came into the Emirates FA Cup after having had a poor league season and they were not the favourites for today’s game since The Blues were great in the Premier League having won enough games to guarantee themselves a spot in next year’s UEFA Champions League. Aubameyang won and scored a penalty in the first half and then later won it for them in the second half with a splendid finish.

Aubameyang faced the media after the game and said that the person who deserves the most great is Mikel Arteta since he has inspired this side that looked clueless in December to go on to win the FA Cup trophy against a good Chelsea side.

Arsenal appointed Mikel Arteta as their new head coach in December last year and he has made so many improvements in a short period of time as he has done the best he could with this current squad to start performing against the top clubs in the Premier League. Pierre-Emerick Aubameyang giving so much praise to him after the game shows how much the players believe and respect him and the Arsenal fans will now be confident that they are going forward under him.

Aubameyang is yet to sign a new deal with Arsenal and he was asked about this in the same interview but he however refused to answer it and said that this was a day for celebrating the trophy.