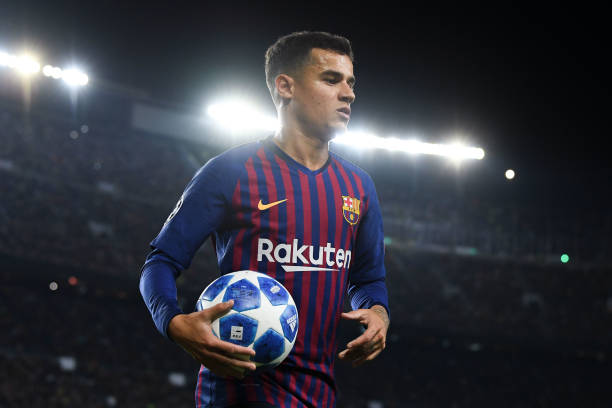 Arsenal was reported to be among the clubs that were closely following the situation of Barcelona midfielder Philipe Coutinho as adding a new attacking midfielder in their squad is one of their objectives before the transfer window closes. Coutinho has returned to Barcelona after his loan spell at Bayern Munich and a report from Spain say that the Catalan club has made a decision on his future.

Arsenal head coach Mikel Arteta will want a new attacking midfielder in his squad this summer as the gunners struggled last season due to their failure to break down the defences of some Premier League clubs hence ending up with many draws that saw them finish the 2019/20 campaign in the 8th position. Philipe Coutinho was believed to be a good attacking midfielder that would be available on loan this summer but that might not be the case as per current reports from Spain.

Marca is reporting that Barcelona have decided that they will be keeping Philipe Coutinho this summer transfer window despite interest from clubs such as Arsenal and that this decision comes after the newly appointed manager Ronald Koeman has told the Brazilian international that he is in his plans for the upcoming new season. The report also says that the only way the 28 year old will now leave Barcelona is if a club permanently signs him and Arsenal would definitely not be able to do so as they wanted him on a loan deal.

Philipe Coutinho also seemed to be in the thoughts of leaving Barcelona this summer as even his agent said that the Brazilian international wanted a return to the Premier League but it however looks like he could change his mind as the new Barcelona boss Koeman has told him that he will play him in his rightful position which is something that he really wanted.

Five players Arsenal could sign in the current transfer window