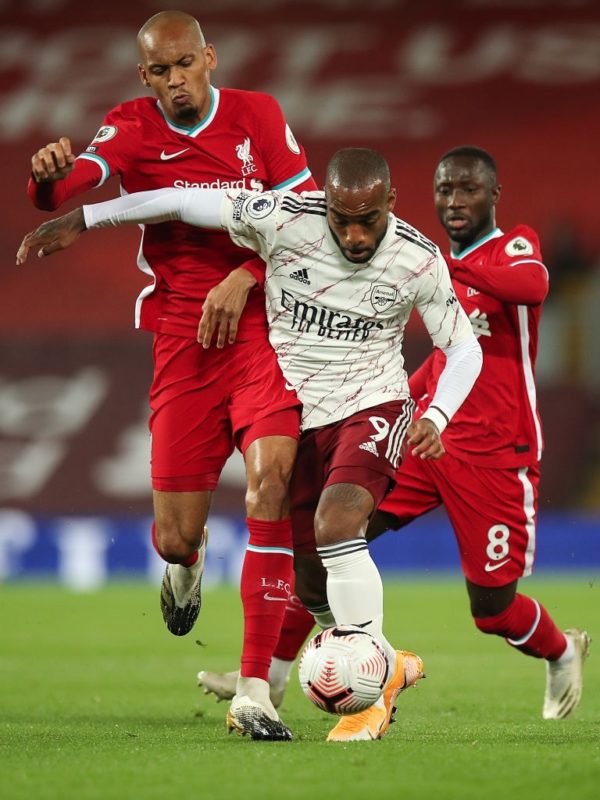 Liverpool came from behind to beat Arsenal 3-1. Arsenal pounced on an error from Andy Robertson to take the lead through Lacazette but later conceded twice in ten minutes.

Arsenal came close to an equaliser twice in the second half through Lacazette but ended up conceding a late third goal.

Here are some talking points about yesterdays result;

Arsenal fans will have noticed the difference between Leno and Martinez. Leno spilled Salah’s shot which fell straight to Mane who tapped in the equaliser, this was something that never happened with Martinez as he always had a firm grip on shots fired at him.

Arsenal defenders looked apprehensive when facing Liverpool’s high press unlike when Martinez was in between the posts the defenders had more confidence when playing out from the back.

Martinez has kept two clean sheets in two games for Aston Villa and is the only keeper yet to concede in the league.

2. Arteta got his team selection a bit wrong

Arsenal fans were left stunned when the team sheets were revealed. Arteta opted to leave Gabriel Magalhaes on the bench despite his good form since making his debut. The decision was left questionable as Tierney and Luiz kept getting exposed.

The other decision was leaving Ceballos on the bench, the Spanish midfielder looked lively when he came off the bench for Xhaka and created a goal scoring chance that was unfortunately missed by Lacazette.

Perhaps if Ceballos and Gabriel had started the result might have been different.

3. Lacazette needs to work on his finishing

Lacazette scored Arsenal’s only goal and is the current top scorer but his finishing yesterday has earned him criticism from Arsenal fans.

The Frenchman was twice in a 1 vs 1 situation with Alisson but failed to score. This was costly as those chances were at a stage were Arsenal could have levelled up the game. Many fans believe had it been Aubameyang in that position the scoreline would have been different.

Lacazette fires a shot on goal that is saved. (Photo by Andrew Powell/Liverpool FC via Getty Images)

Captain Aubameyang was isolated throughout the game. He was barely seen with the ball in the first half and his touches in the 90 minutes could be counted.

It is not the first time Aubameyang has looked lost playing on the left wing against a big side. Perhaps Arteta should tweak his setup when facing the big teams to get the best out of Aubameyang.

5. Partey and Aouar are needed

It is not the case of Partey or Aouar but Partey and Aouar as evidenced.

Unfortunately Arsenal might get neither of the two or maybe just one of them as the transfer deadline approaches. The Gunner’s have just a few days left to seal any transfers.

Arsenal will again visit Anfield to take on Liverpool in the Carabao cup before playing against Sheffield United on Sunday.

Match Report: Arsenal beat Liverpool 5-4 in penalties in the Carabao Cup fourth round

Arsenal 2-1 West Ham United: All you need to know