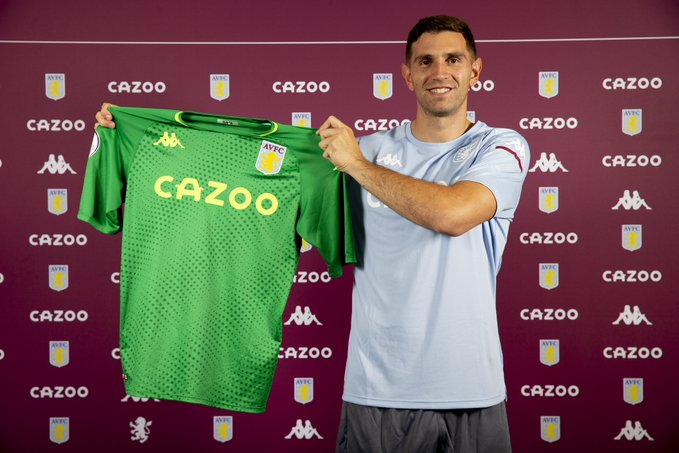 Emiliano Martinez has completed his transfer to Aston Villa for a fee of £16m that could rise up to £20m on a four year deal Arsenal have confirmed.

The Argentinian shot-stopper enjoyed his final months in an Arsenal shirt as he helped Arsenal win the FA cup and Community Shield.

Martinez bid the club farewell in an emotional video on his Instagram page were he said he is glad to leave the club through the front door with so much love from the fan’s.

Arsenal will now look to sign a new goalkeeper that will deputise Bernd Leno.