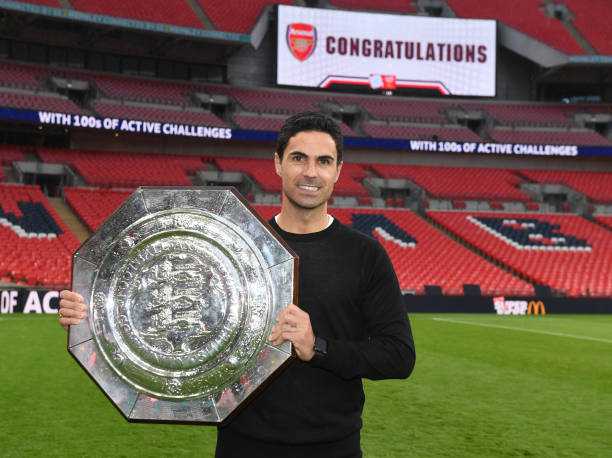 The new Premier League season is just 10 days away and Arsenal head coach Mikel Arteta will be one of the managers that will be looking forward to it as he will start the campaign as the head coach of a club for the first time. The gunners have been busy in this transfer window as they have so far brought in Willian on a free deal and Gabriel Magalhaes from Lille and we take a look at how these deals and other reports show the system he will use next season.

Arsenal used the 4-2-3-1 in all their matches after Mikel Arteta’s arrival at the Emirates Stadium and then the Premier League got suspended due to the COVID-19 pandemic and he then also used the same system in their first two games against Manchester City and Brighton & Hove Albion post lock down before throwing it away to try out a back three.

The gunners went on a winning run after the club started using a back three and so Mikel Arteta has since then kept up with using it as it even helped them in their big wins over Liverpool, Manchester City and Chelsea. The gunners used a back three in their recent win over Liverpool in the Community Shield hence many asking if Mikel Arteta will continue using it when the Premier League starts in a few days from now.

Well, the truth is that Arsenal could continue using a back three if they don’t get their central midfied targets such as Thomas Partey and Houssem Aouar as the reason why Mikel Arteta uses that system is because their current midfielders are cannot provide the necessary cover for a back four defence as well as also creating chances for the forwards hence the gunners being fully focussed on revamping their midfield this summer.

LONDON, ENGLAND – AUGUST 01: (L-R) Ainsley Maitland-Niles, Eddie Nketiah, head coach Mikel Arteta and Dani Ceballos of Arsenal pose for photos with the trophy after the FA Cup Final match between Arsenal and Chelsea at Wembley Stadium on August 01, 2020 in London, England. Football Stadiums around Europe remain empty due to the Coronavirus Pandemic as Government social distancing laws prohibit fans inside venues resulting in all fixtures being played behind closed doors. (Photo by Stuart MacFarlane/Arsenal FC via Getty Images)

It has also become clear that Mikel Arteta wouldn’t be against making using a back three permanent as it’s getting reported that the club might let Hector Bellerin who’s good in a back four go and make Ainsley Maitland-Niles the first choice right wing back. So the conclusion is that Arsenal might ditch the back three system if they sign Partey and a creative midfielder like Houssem Aouar before the transfer window closes.

Report: Why Phillipe Coutinho to Arsenal could still happen this summer

What to expect from Arsenal’s latest signing Gabriel Magalhaes