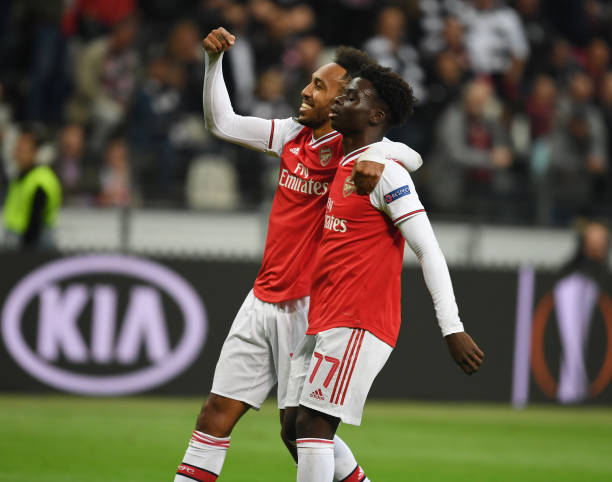 Arsenal return to Premier League action today with a match against Manchester United at Old Trafford and they will come into this game with nervousness as they have lost their last two league games.

Arsenal manager Mikel Arteta will have a huge headache when selecting the starting eleven as he will want to choose the best squad for the game since they are yet to win there for more than a decade. So here’s the predicted Arsenal lineup to face Manchester United with all eyes on Pierre-Emerick Aubameyang and Bukayo Saka.

Bernd Leno is Arsenal’s first choice goalkeeper and so he will start in goal for the North Londoners today.

It is likely that Arsenal manager Mikel Arteta will go back to a back three in this game since it worked for him against the top sides last season. Since Luiz and Holding are all out then Arsenal’s back three will consist of Tierney, Gabriel and Mustafi.

Bukayo Saka is a multipurpose player and he could be used as a wingback in the game against Manchester United as he has proved that he can play in that role. Saka and Bellerin will start as wingbacks.

Thomas Partey and Granit Xhaka will probably start as a pair in midfield in this game against Manchester United.

Using Pierre-Emerick Aubameyang as a winger hasn’t produced goals in recent games and so he will start as the centre forward while Willian and Pepe play on the flanks.