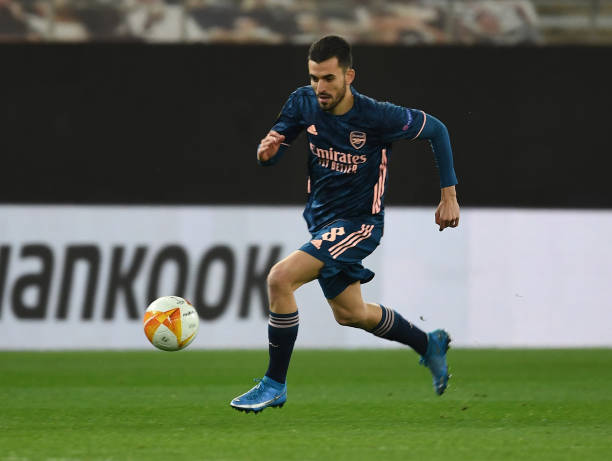 Arsenal signed Dani Ceballos on a loan deal from Real Madrid in the 2020 transfer window after they were impressed with his performances in the previous campaign as he was one of the players that was influential in them winning the record 14th Emirates FA Cup. It’s now reported that Arsenal have made a decision on the future of Dani Ceballos at the Emirates Stadium.

Dani Ceballos returned to Real Madrid after the end of last season and the gunners decided it would be better to negotiate another one year loan deal since they didn’t have enough funds but wanted the Spanish midfielder, and they were successful but Arsenal now has to decide whether it permanently signs him this summer since The Spanish LA Liga Champions won’t keep loaning them their player when he can easily be sold to a different team.

Dani Ceballos hasn’t been influential for Arsenal this season as he was last season as he has not been among the favourites of Mikel Arteta as Mohamed Elneny has sometimes received the nod over him. Arsenal will look to revamp their squad in the summer transfer and Fabrizio Romano has confirmed that the gunners have decided that they will not to permanently sign Dani Ceballos and that the midfielder will return to Real Madrid to decide his future.

This news will probably be received positively in the Arsenal fan base as they were not happy with Dani Ceballos’ performance in the 2-1 loss to Villarreal in the UEFA Europa League semi finals first leg. Dani Ceballos was very poor in the game against Villarreal and the fan’s were absolutely fuming with him as he received a reckless red card that saw the gunners finish the match with 10 men.