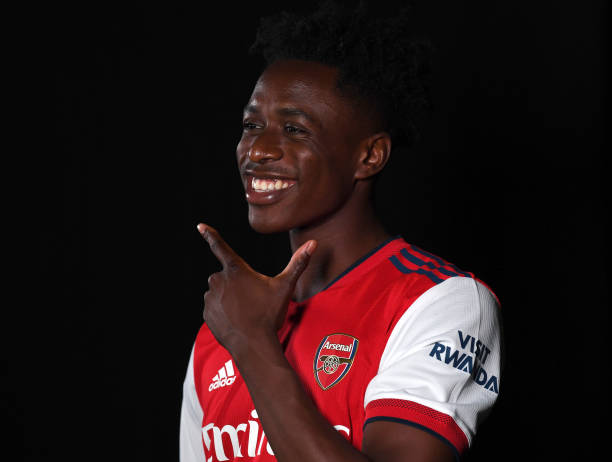 Arsenal completed the signing of Sambi Lokonga a week ago and the fans will be looking forward to seeing him in action next month when the season begins since he is highly rated in his own country. Sambi Lokonga has recently come out to reveal the current Arsenal star that he is looking forward to linking up with in the next couple of months or years.

Arsenal signed Sambi Lokonga since there were in need of midfielders since Matteo Guendouzi had left and there is a huge possibility that Granit Xhaka will leave the North London club in this summer transfer window. Sambi Lokonga is known for being an intelligent young midfielder that is great in the defensive department as Thomas Partey and also has fantastic technical ability that would see him link up well with the attacking force of Mikel Arteta next season.

“I think Pepe [is the one I am most excited to link up with]. But I’m also looking forward to playing with Aubameyang, Lacazette, Saka also, so yeah, I hope to have a connection with all the players and quickly.” Sambi Lokonga told Arsenal Media.

This won’t come as a big surprise to most Arsenal fans as most players have always commented on how it is fun to play with Nicolas Pepe who is such a skillful player and so they will hope that Lokonga, and him do link up well next season.

Why Thomas Partey and Nicolas Pepe will have a fantastic season