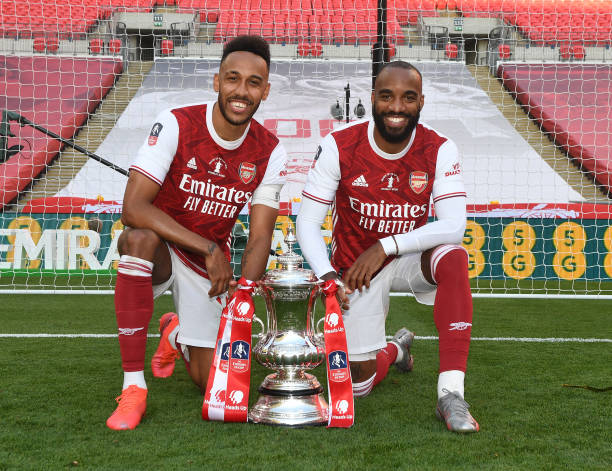 The future of Arsenal’s striking duo Pierre-Emerick Aubameyang and Alexandre Lacazette has become uncertain in recent days after the duo mysteriously missed the Brentford match.

According to Alex Rodriguez Barcelona have offered Arsenal a swap deal of Philippe Coutinho for Aubameyang or Lacazette.

The former Liverpool attacking midfielder is out of favour at Barcelona and the Spanish giants are willing to offload him to Arsenal in exchange for one of their strikers.

Barcelona find themselves in a debt crisis that saw them lose Lionel Messi, the Catalan side aren’t able to offer any money and can only do straight swap deals.

Coutinho 29 has previously been linked with a move to Arsenal as a creative midfield option and it remains to be seen whether the club will accept this kind of offer.