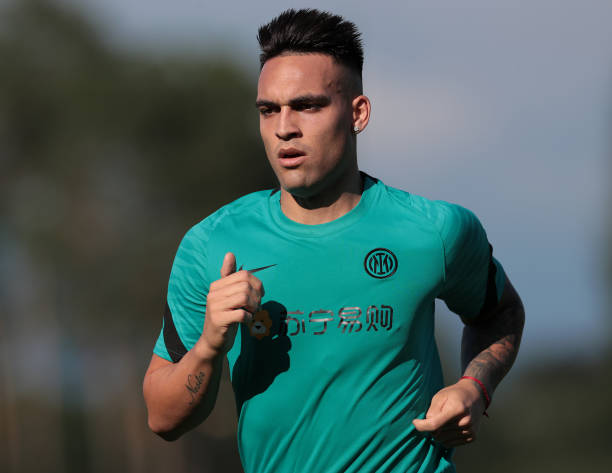 Arsenal were linked with Inter Milan striker Lautaro Martinez during the summer transfer window but a transfer did now materialize.

Lautaro Martinez and Tammy Abraham were on Arsenal’s transfer shortlist in case they lost one of Aubameyang and Lacazette. Abraham later on joined Roma from Chelsea after waiting for an Arsenal bid.

The Argentine forward was valued at slightly over £60m by the Serie A side and an agreement had been reached between the Italian champions and Tottenham however, Martinez’s agent said he was happy where he was.

Now reports from Italy state that Martinez is close to agreeing a new 5-year-deal with the Italian champions after being heavily linked with a transfer away from the Milan team.

This development is a major blow for Arsenal as they search for a new striker. The Gunners are likely to lose Alexandre Lacazette for free once his contract expires.

Pierre-Emerick Aubameyang is aging and not the striker he used to be and Arteta may want to find his replacement as soon as possible.

Report: Lacazette makes a decision on his future that might upset Arsenal