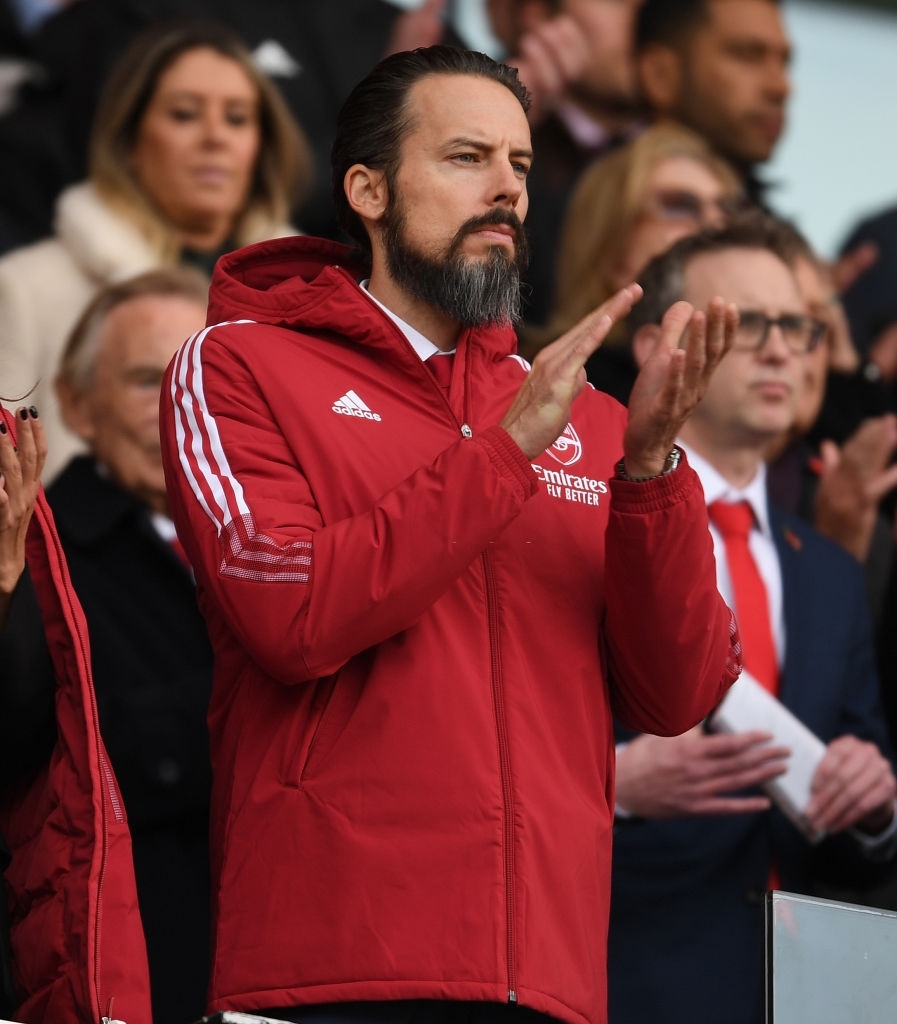 Josh Kroenke has once again made it clear that Arsenal are not for sale. The Kroenke’s were under a considerable amount of pressure earlier this year in the midst of the unsuccessful European Super League project.

Spotify CEO Daniel Ek tested the Kroenke’s resolve when he offered a bid of £1.8bn however, the Arsenal owners turned down the offer.

Daniel Ek had attempted an Arsenal takeover backed by the clubs legends. (AFP via Getty Images)

Speaking to Sky Sports in an interview, Kroenke admitted that they’ve received many offers for Arsenal Football Club, but they aren’t planning to sell.

“We get bids for the club all the time, from many different parties around the world and that speaks to the strength of the Arsenal.

“It’s a wonderful institution, Arsenal Football Club is a global brand and my only response to anything is the club is not for sale, we’re just getting started. We’ve only really owned the club since 2018. We have a young manager, we have a young squad and we’re charting our path to the future.”

The heir to the Kroenke Sports & Entertainment also admitted that the club will be active in the next transfer window. Arsenal spent close £150m in the summer and Kroenke says there could be more spending in January.

Arsenal spent close to £150m on six signings in the summer.

“We had a clear idea of what we needed to do with the squad and there were a lot of areas that needed to be addressed.

“Were we able to address them all in one window? I don’t think we did or were able to do, but we made a lot of progress in certain areas.” He told Sky Sports.

“I’m growing more confident by the day but there’s a lot of work ahead.

“Even though we’re starting to show signs of progress, if you don’t keep pushing forwards you’ll stagnate. That’s a big focus of ours right now, what are our next steps?

Three reasons why Aaron Ramsdale is shining at Arsenal

Arsenal defender says he wants to play against Cristiano Ronaldo