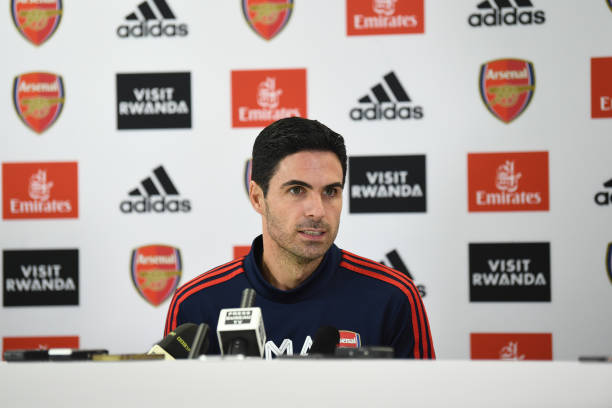 Arsenal released a club statement today that stated Pierre-Emerick Aubameyang will no longer be club captain, and will not be considered for selection for Wednesday’s match against West Ham United.

In a press conference, today ahead of the match against West Ham Mikel Arteta spoke about the decision to strip Aubameyang of the captaincy role.

“I don’t have much more to say I think it is a really clear statement from the club, it is a decision we have made following the last incident that we had with the player and this is where we stand.

We did it, both the club (and I) having a personal conversation and myself, face to face with the player. He had to accept the decision.” Arteta said.

Since the news of the decision came out there has been speculation as to who could be the next captain. Kieran Tierney, Ben White, Alexandre Lacazette and Martin Odegaard were all tipped to wear the armband.

Arteta however had this to say;

“Well we have the leadership group and we think that we have different players that are nominated to be captain in the last game it was Laca(zette) and we have Granit (Xhaka) as well who has been captain so we will follow that.

Lacazette will be Arsenal’s captain for the rest of the season deputized by Xhaka and Holding. (Photo by Adam Davy/PA Images via Getty Images)

Obviously, it is a really unpleasant situation and it is not the moment to make any rash decision.” Arteta added

“That leadership group is really strong, it is the one that communicates with myself and the coaching staff and then with the club in a really clear and strong way.

We are going to continue like that and that is one of the decisions that we made, to make that group a little bit better and try to educate them and try and get the right feedback all the time and build that trust and the strong culture around the club. It is working really well so we will continue to do that.”

When asked about how the squad took the decision, Arteta said that the players accepted the decision and remain committed to the club’s culture and values.

Alexandre Lacazette, Granit Xhaka and, Rob Holding will be the captains for the rest of the season however, it remains unclear how long Aubameyang will be dropped for.