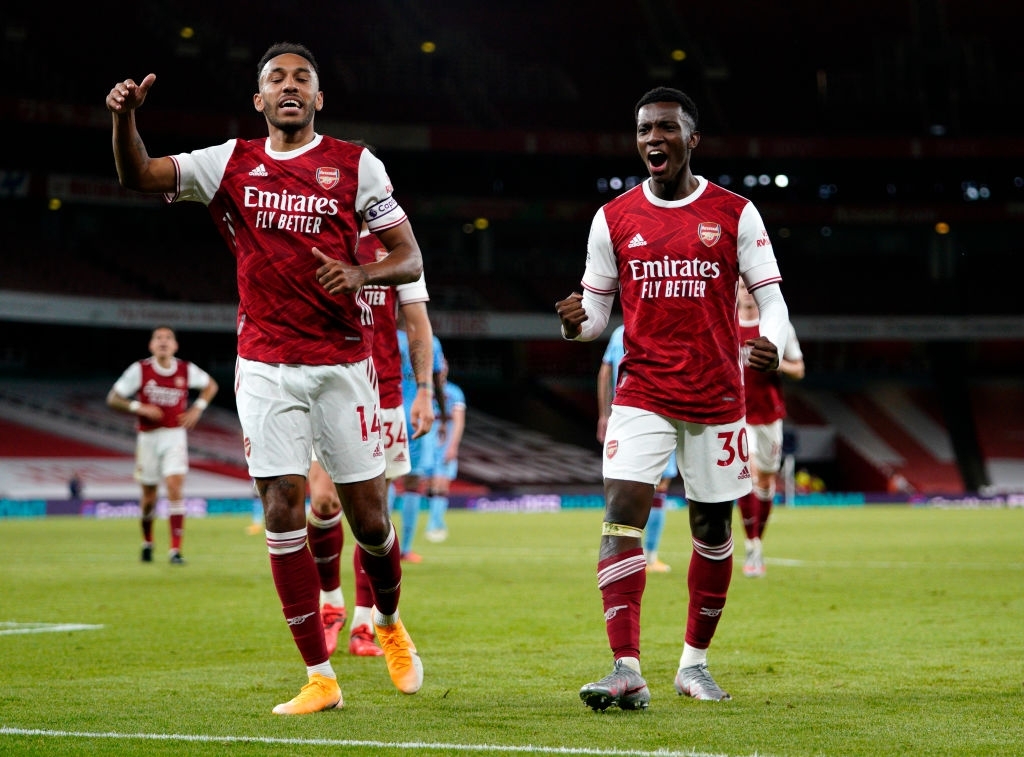 Arsenal’s January transfer plans of new signings are unclear with focus being on allowing players to leave.

Calum Chambers’s surprise move to Aston Villa yesterday made him the fifth player to depart the club this month.

Reports today claimed Barcelona and Juventus approached Arsenal with a loan proposal for Aubameyang while several outlets have mentioned Eddie Nketiah is close to moving to Newcastle.

What happens if Aubameyang and Nketiah actually leave?

If Aubameyang and Nketiah both left Arsenal would have to sign a new striker, someone to at least provide some cover and competition for Lacazette.

Arsenal will need to replace Eddie Nketiah and Pierre-Emerick Aubameyang if they both leave.#AFChttps://t.co/SmZG5NjIIA

At this stage of the transfer window, it is complicated to approach any club for a top striker. After the failed pursuit of Dusan Vlahovic, Arsenal will have to resume their hunt for a marquee striker in the summer.

Alexander Isak, Jonathan David and Dominic Calvert-Lewin are the strikers Arsenal have shortlisted however, it would be very difficult to pull off any of these deals in the current window.

What is viable are short loan deals and Metro report Arsenal have been offered the chance to sign Alvaro Morata on loan for the rest of the season. Morata is currently on loan at Juventus from Atletico Madrid.

The Gunners were also linked with a loan move for Luka Jovic however, Real Madrid aren’t prepared to allow him to leave this month.