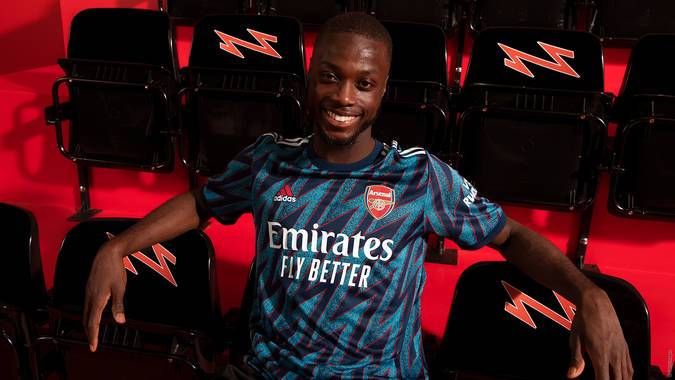 Nicolas Pepe has says he is focussed and determined with Arsenal ahead of the new season and admits to also making some changes.

The 27-year-old has not lived up to expectations since he became Arsenal’s record signing 2019.

Posting on his Instagram, Pepe said,”I worked hard during the summer. Changed a lot of things”. “I’m focused and determined with Arsenal and my teammates.”

The Ivorian forward has struggled to find consistency in an Arsenal shirt which has led to his limited playing time however, a change in mentality and performance on the pitch could earn him another chance at the club.

Pepe is up for sale with Arteta and Edu in the market for a new winger who can provide competition to Bukayo Saka, the wages he is on make it difficult to offload him as potential buyers shy away.

It will be interesting to see if Pepe can make a strong case for a future at Arsenal.