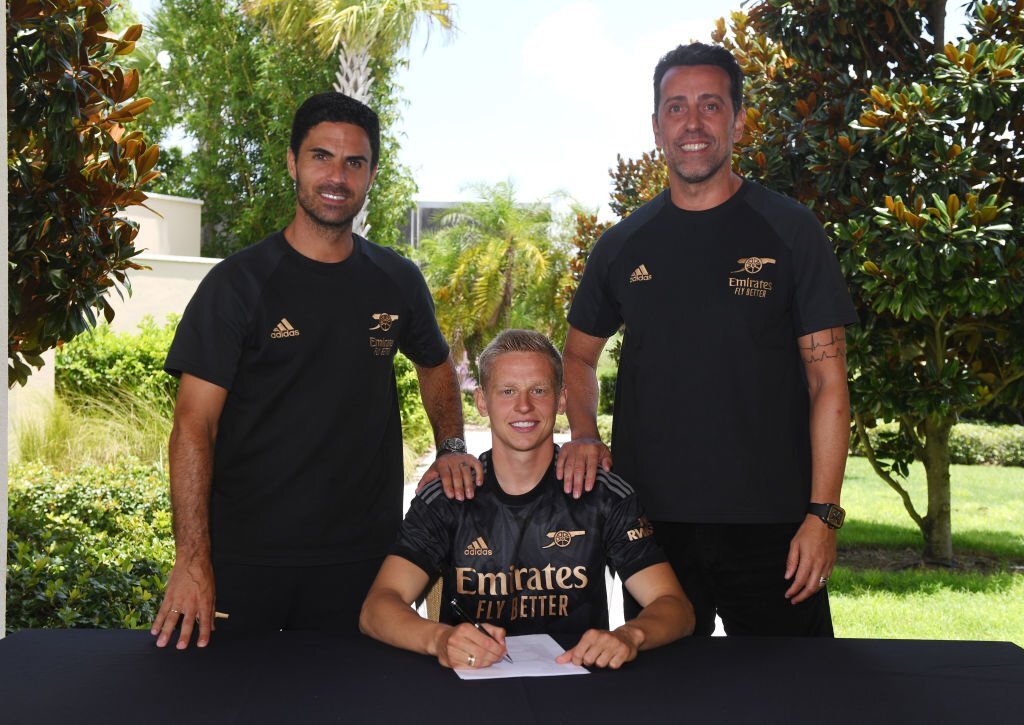 Zinchenko unveiled in Orlando alongside Edu and Arteta. (Photo via Getty images)

Oleksandr Zinchenko has officially been unveiled as an Arsenal player and has signed a long-term contract.

The 25-year-old joins from Manchester City for a fee of £30m and becomes Arsenal’s fifth signing of the summer transfer window.

Zinchenko is a versatile player that primarily plays left-back but can comfortably play in midfield. The Ukraine international also brings experience of the Premier League having made 128 appearances for Manchester City.

Mikel Arteta said: “We’re so happy Alex has joined us. He’s a player that I personally know really well and continued to follow him after my time at Manchester City. Alex is a high quality player who will give us options and versatility. It’s not only about the positions he can play but as well, the versatility he will give us in attack and defence. Alex is a person with great human qualities and character, and I’m delighted that everyone has made this huge effort to bring Alex to the club.”

“I’m very pleased to see how we’re working as a team here in the club. We put a plan together early and Oleksandr Zinchenko was a main focus on our list. We’re pleased to have Alex with us now because he has the attributes which I’m sure are going to put our squad at a different level.” Technical director Edu added.

Report: Arsenal on the verge of signing Oleksandr Zinchenko from Manchester City