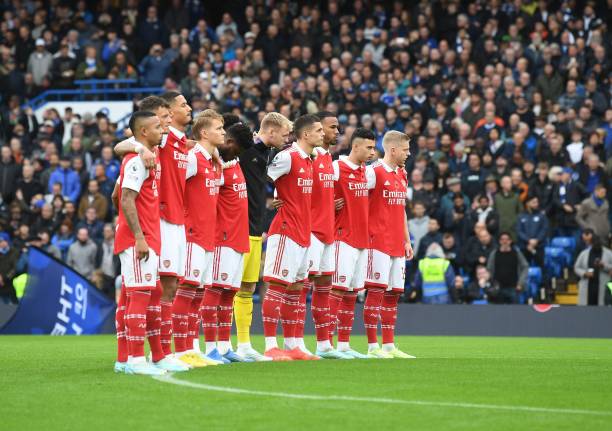 The Premier League has been interesting this season as many top six sides have been unstable apart from lowly Arsenal that was the laughing stock of the main big clubs a few years ago. Chelsea, Manchester United, Liverpool and Tottenham Hotspur have been unable to go on a consistent run of form this season hence some starting to believe Newcastle United could get top four.

“Yeah, personally I would put them just behind City. [Arsenal are] the second-best team to have a good chance to win the Premier League because Man City at some stage will focus highly on the Champions League.” said Arsene Wenger on beIN SPORTS.

Asked on if it is Arsenal’s best chance to challenge for the title, Wenger said:

“I think so. And after we don’t know about Liverpool but they are already 11 points behind and 10 points behind Man City is a mountain to climb. And Chelsea as well do not look consistent at the moment. They have not found the confidence to contend to win the league.”

Some will however believe that Arsenal have shown that they might be consistent enough to win more games than Manchester City this season as the gunners seem to be defensively better than the Manchester club. Arsenal are currently five points ahead of Manchester City and so they will hope to return from the break with the same momentum that they got now.