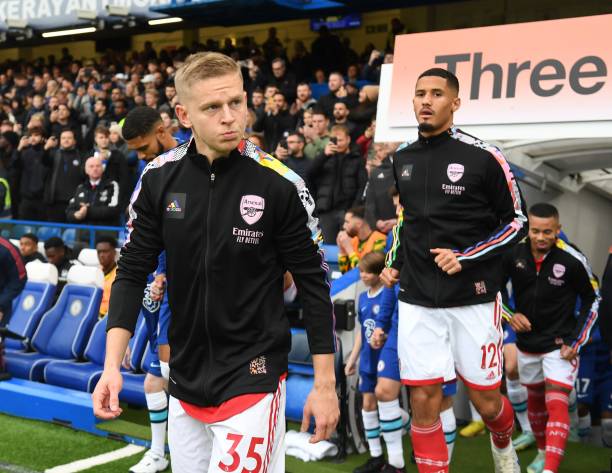 Arsenal completed the signing of Oleksandr Zinchenko from Manchester City in this year’s summer transfer window and he has turned out to have been a fantastic acquisition as he has hugely improved the attack of the North Londoners. Oleksandr Zinchenko has made a statement that will make him more popular with the Arsenal fans than he already was.

Oleksandr Zinchenko has been injured for a few weeks but recently returned to the squad and took part in the Arsenal squad that defeated Chelsea 1-0 nil in its home ground. Zinchenko was pretty influential in that game as he showed how the gunners had missed him in their previous games. Zinchenko recently faced the media and he made a statement that will make him very popular with the fans as he has openly called for the gunners to challenge for the Premier League trophy, and break the stereotype of being top four hopefuls.

“I got used to hearing that Arsenal were top four. I would say that I really want to kill and destroy this stereotype.”

“We need to look further, and I think this team, this group of people, the fans, they deserve more. That’s what we need to do. We need hard work in this and let’s see at the end of season.” said Zinchenko as per beIN SPORTS.

“You ask me if we can challenge Manchester City. Of course, they are an amazing team, but you never know what can happen in football. We need to go step by step with every single game.”

Predicted Arsenal lineup to face Brighton with all eyes on Nketiah