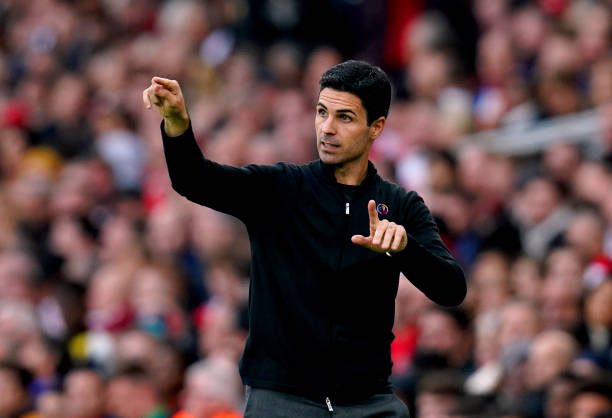 After a hard-fought 3-2 win over Manchester United at the Emirates Stadium on Sunday, Arsenal manager Mikel Arteta was asked if he thought his side had now made it clear to their title rivals that they were serious contenders for the Premier League. The Spaniard was measured in his response and acknowledged the task ahead of his team if they were to maintain their form.

Arteta explained that while he admired the performance of his players against United, they were aware of the work required if they were to continue this trajectory in order to fully believe they can lift Premier League crown.

“I hope it does, not that they are champions, but that they are good enough to play against these team and perform the way we’ve done it. ” Mikel Arteta told Arsenal Media.

“At the same time, don’t get confused and we talked about that in the last two or three days, that we know our reality, we know still how much we have to improve and we know what has taken us to the position that we are in today and we have to reinforce that every single day.”

By taking a measured yet confident approach towards winning a first English league title since 2004, Arteta has sent out an inspiring message which shows that he accepts there is still much more work ahead before Arsenal can truly call themselves champions. However, as results like Sunday demonstrate, Arteta is firmly placing himself as one of Europe’s most elite managers thanks to quietly building belief from within.