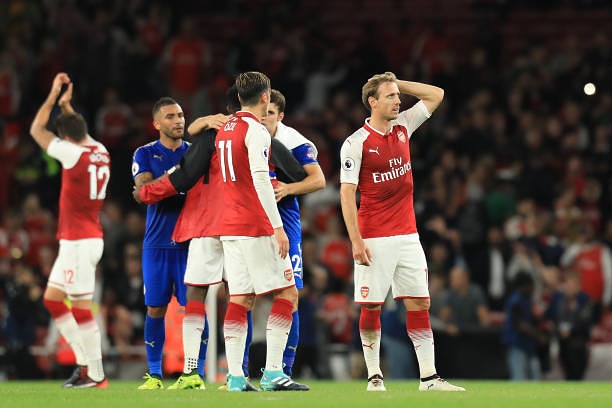 The gunners will play against the foxes at the Emirates Stadium today and the match will be starting a few hours from now.

The Arsenal team comes into this match with hoping to get a win in Arsene Wenger’s penultimate match so the manager wouldn’t be more proud of his team if it wins tonight’s match so that he can add more wins on his CV, as he has already confirmed that he won’t stop coaching when he leaves the gunners this year.

The Arsenal squad has already travelled to the King Power Stadium where they taken on Leicester but they have left a number of players in London such as Mesut Ozil, Laurent Koscielny and Santi Cazorla who are all injured.

We have brought you the expected Arsenal lineup to face Leicester today but we don’t confirm that is what the club will release today, it’s created based on the current team news.

The gunners will likely see another start of both of their stars in the same lineup ie, Aubameyang and Lacazette playing at the same time because they showed a great combination against Burnley.

Report: Interesting Stat That Shows Aubameyang Is A Great Signing