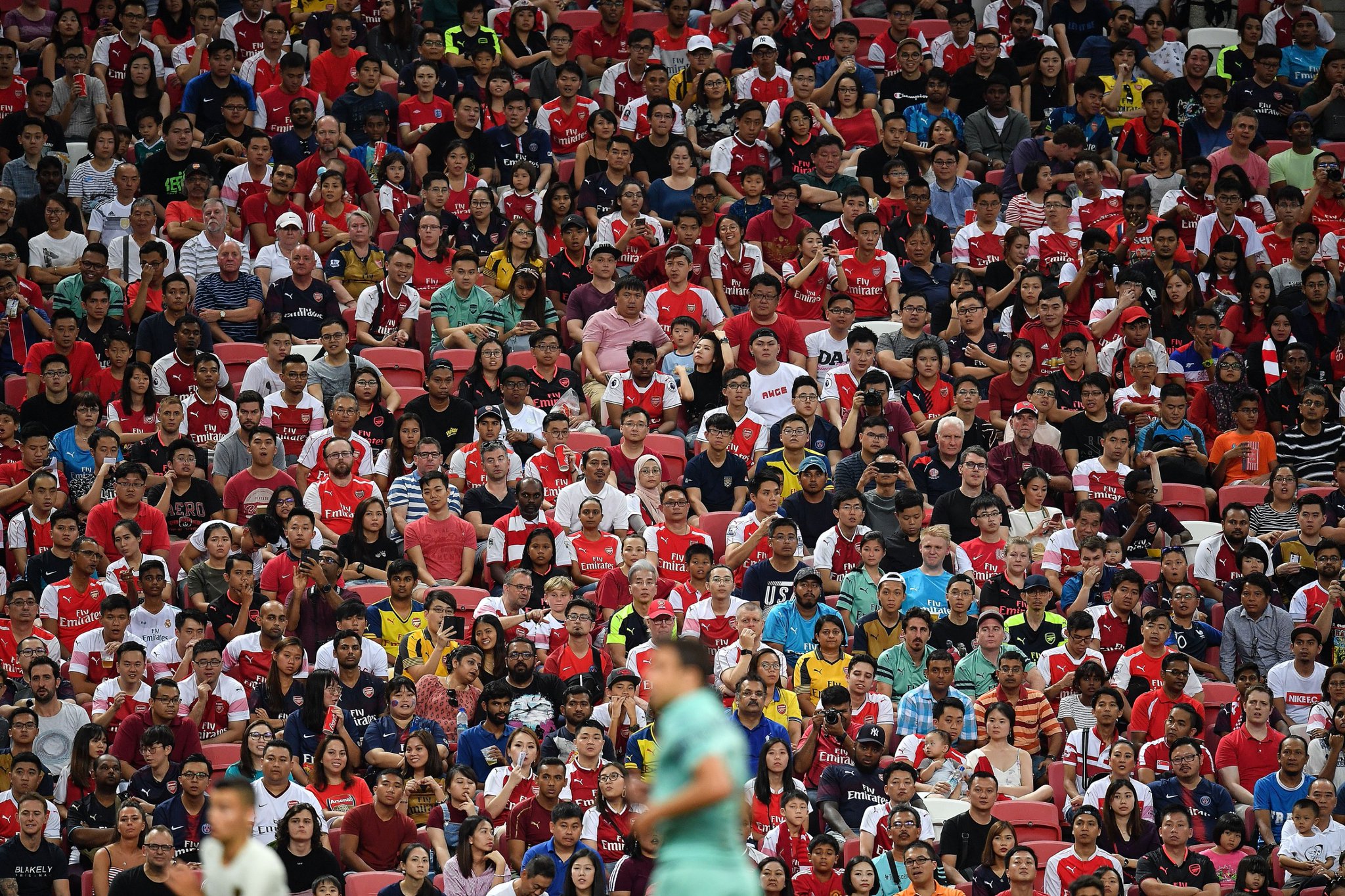 Arsenal put five past PSG and conceded one.The match was the gunners second match and last match in Singapore but they still have one more International Champions Cup match against Chelsea in the coming days and it will take place in Ireland.Whilst many Arsenal fans are excited about the result after their team’s loss to Atletico Madrid, Arsenal’s team Manager has other ideas about his team’s pre-season preparations.

Unai Emery said in his pre-match press conference in the morning that today’s match will also be about his team continuing preparations for the upcoming season which starts in August and said that he hopes that every player to work on his tactical side of the game.

Here’s a manager whose primary concern is to put his team through their paces and concentrate on bringing them to speed in terms of their fitness level and tactical prowess.On the tactical aspect,he had this to say;

“Now, for me, it’s the moment to work on tactical things, to work on getting every player up to speed. The result isn’t the most important thing for me right now, it’s other things. It’s all about the positioning, the movement on the pitch, the individual quality and the combinations together.” he told arsenal.com.

The team is in its transformation phase.In the PSG and Atletico match, we can see the team lacks that cutting edge and killing instincts needed to finish their opponents in front of goal(despite putting 5 goals past the PSG defence) .This has been the gunner’s Achilles heel during the Wenger era ,”Possession without result”.

And I believe that this is what Unai Emery is trying to fix.It’s not freedom yet but the team will slowly but surely get there.

Arsenal Players VS PSG in Singapore

For the PSG team, the young lads gave a very good account of themselves despite the heavy defeat to Arsenal. It could be said that they were without majority if not all of their first team players due to the World Cup.

It was a good match no doubt between both teams.It gave the fans the opportunity to discover some exciting talents that abound in both teams.The stars of the near future.That’s what the Pre-season is all about.

For Arsenal, it ‘s a meeting with Chelsea on Wednesday. Two Premier League giants.So until then have a splendid day ahead.

READ: The Ivan Gazidis Show As Rumours Link Him To AC Milan

Why Mesut Ozil Is Set to Thrive Under Unai Emery