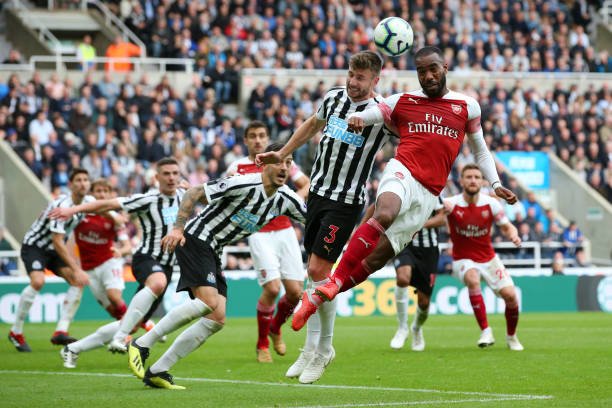 Arsenal will on Monday host Newcastle United at the Emirates Stadium and they will be hoping to get out of this game as the victors because those three points could help in taking them to the third place on the Premier League table.

Newcastle United will on the hand be happy to even get one point from this game because they will come into this match well knowing how the gunners have been impressive in the Premier League at home. The gunners have lost just once at the Emirates Stadium this season and they will be hoping to keep this record by defeating Rafa Benitez’s Newcastle United.

Arsenal head coach Unai Emery will wish that his players do not underestimate Newcastle United because Rafa Benitez’s did mastermind an impressive 2-1 win over Manchester City a few weeks ago. The gunners will be hoping to avoid the same mistake because these three points are very valuable since the Premier League top four race is tough.

Arsenal’s last Premier League game was against Manchester United and they won the match 2-0 while Newcastle United made a 2-2 draw with Bournemouth. The gunners are in the fifth position on the Premier League table while their opponents are in the bottom half of the table, sitting in the 14th position.

NEWCASTLE UPON TYNE, ENGLAND – SEPTEMBER 15: Mesut Ozil of Arsenal (L) challenges for the ball with Paul Dummett of Newcastle United during the Premier League match between Newcastle United and Arsenal FC at St. James Park on September 15, 2018 in Newcastle upon Tyne, United Kingdom. (Photo by Alex Livesey/Getty Images)

Granit Xhaka and Aaron Ramsey did not train with the Arsenal squad on Thursday and it is believed that they will be assessed before the match on Monday. Lucas Torreira will not be involved in the match against Newcastle United because he is still serving his sentence for the red card he received in the North London Derby.

Hector Bellerin and Rob Holding are of course still battling with their knee injuries and are ruled out of this match. Danny Welbeck also has an ankle injury but there is some progress but he won’t be involved in Monday’s game vs Newcastle United.

Newcastle United defender Schar will miss this match because he has got suspended for getting booked 10 times this season. He even got injured while he was on international duty, so he would have still missed the game even if he was not suspended.

Newcastle’s Sean Longstaff has a knee injury and will miss the game against Arsenal.