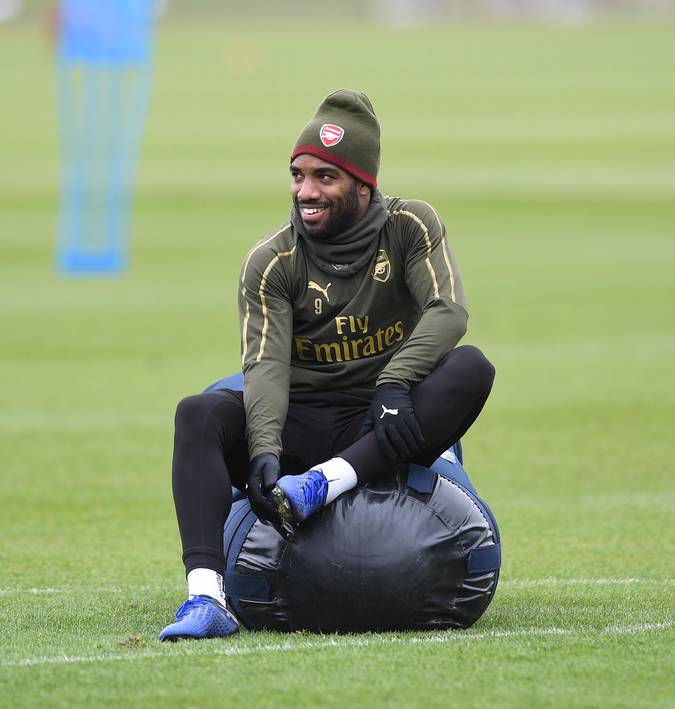 Arsenal will today have the chance to go into the third position on the Premier League table if they beat Newcastle United at the Emirates Stadium. Let’s take a look at the expected lineup to face Newcastle United today with all eyes on Lacazette and Denis Suarez.

Bernd Leno is Unai Emery’s first choice goalkeeper, so the German goalkeeper will probably start tonight since Petr Cech is only used in the UEFA Europa League.

Arsenal has in the last three games been using a back three but since they will be playing eight matches in one month, playing four at the back in today’s game could be on Unai Emery’s mind since he keeps changing his lineups and formations. So Arsenal’s back four will probably consist of Maitland-Niles, Sokratis, Koscielny and Monreal. Kolasinac doesn’t impress when used in a back four so Monreal will start ahead of him.

Granit Xhaka is injured and Lucas Torreira is suspended so this will be a perfect time for Mohamed Elneny to impress Unai Emery. Matteo Guendouzi might not start because Emery has lost confidence in him, so Elneny will be paired with Ramsey who has played as a central midfielder in the last two matches.

Denis Suarez will finally get his first start today and will be on the flanks with Henrikh Mkhitaryan while Mesut Ozil plays as a central attacking midfielder.

Since Unai Emery plans to do squad rotation this season, it wouldn’t come as a surprise if he started Alexandre Lacazette as a solo striker tonight.