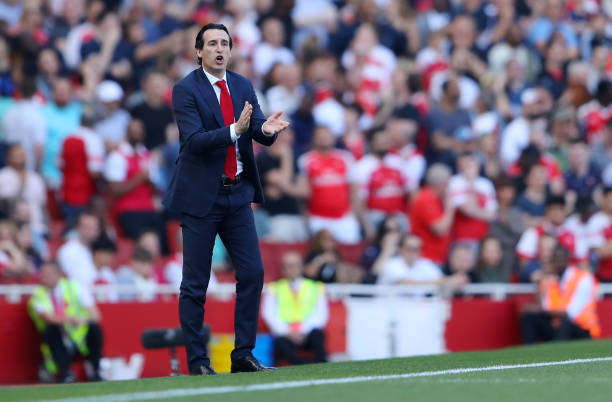 Arsenal lost 2-3 against Crystal Palace at the Emirates Stadium yesterday evening and the fans have blamed this loss on Unai Emery for selecting a pivot of Mohamed Elneny and Matteo Guendouzi yet it also failed in their game against Everton some time back.

Matteo Guendouzi and Mohamed Elneny once again failed to impress together on the pitch as they both looked nervous on the ball and constantly passed the ball back to the three centre backs who also had a very tiring day due to the Crystal Palace attackers who were very good at counter attacks.

Most of the Arsenal fans have reacted furiously at playing the pivot of Elneny and Guendouzi and blame Unai Emery for doing this in such an important game that could cost them a spot in the Premier League top four. Unai Emery has however explained to the Arsenal fans saying that it was his only option to pair Elneny and Guendouzi together because Granit Xhaka wasn’t fully fit and Aaron Ramsey has been ruled out for a few weeks, and on top of that, he says that rotating the squad was necessary because they will play a lot of matches in a short period of time.

“We changed because we are going to play a lot of matches. We have had some injuries, like with Aaron Ramsey, and we need to protect the players.” Unai Emery told Arsenal’s official website.

“For example, Xhaka asked to change in the second half against Napoli and today could’ve played, but with some risk.”

It seems like Lucas Torreira was left on the bench because Unai Emery thought that it would be best if he didn’t start as a precaution since he has said that the Uruguayan international has a small problem. Lucas Torreira could however be in the Arsenal squad that faces Wolverhampton in  mid-week.