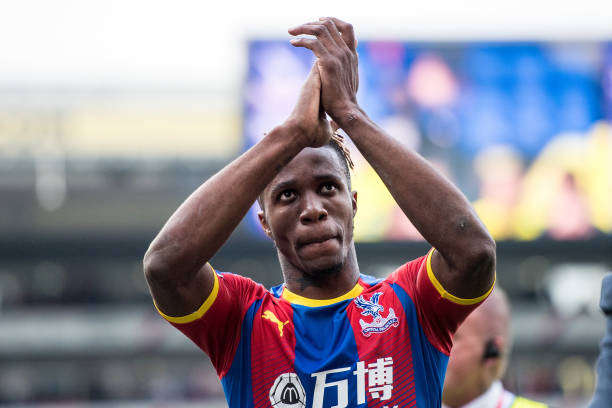 The gunners have been linked with Wilfried Zaha since the start of the transfer window and they even had a £40million bid rejected by Crystal Palace despite the Ivorian international having his brother say that it’s always been a dream for him to play for the North Londoners.

Crystal Palace has remained firm on holding onto Wilfried Zaha as they have told all interested clubs that they will only let go of him if a bid worth £80million is submitted. The Eagles don’t want to lose Wilfried Zaha as he could be the difference why they stay in the Premier League or get relegated.

Arsenal is on the hand hoping that Wilfried Zaha’s desire to join them will help them to get him on the cheap as they have a small budget after failing to get into UEFA Champions League spots last season. It was recently reported that Wilfried Zaha had told Crystal Palace that he wants to leave but his manager Roy Hodgson has denied these reports saying that he hasn’t been told anything.

“He has not spoken to me. I don’t know if he’s spoken to the club [asking to leave].” Roy Hodgson told Sky Sports.

“As far as I’m concerned, he is coming back, he is our player and I’ve been given no information that the club is interested in selling him at the moment. I’m just expecting him back, looking forward to working with him and seeing some of the things he can do for us.”

It is unclear if Arsenal is still interested in Wilfried Zaha but what’s for sure is that they will not accept to spend £80million on him as they have a lot of positions to fill. The gunners have in the last few days been linked with some other wingers like Everton Soares and Nicolas Pepe.

BREAKING: Arsenal reportedly made an impressive offer for Nicolas Pepe