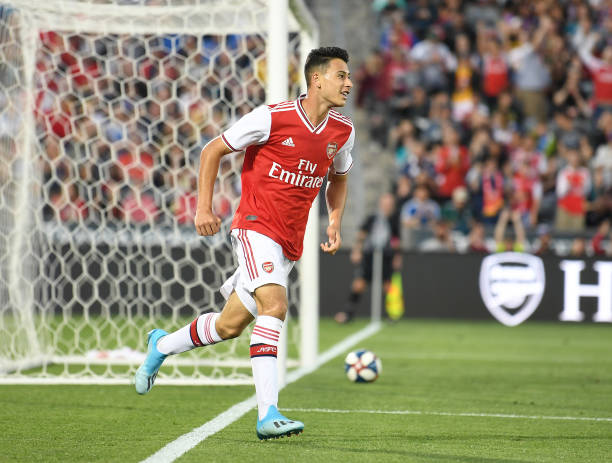 The gunners played a friendly match against Colorado Rapids last night and they won the match 3-0 with Gabriel Martinelli also going on the score sheet. This was Arsenal’s first pre-season match and was Gabriel Martinelli’s debut and he made the most of it by scoring the third goal of the North Londoners.

Gabriel Martinelli arrived at Arsenal from Ituano at the start of July and is to date the only signing that the gunners have made in this transfer window, Unai Emery decided to include him in the squad that traveled to USA for the pre-season matches and the 18-year-old got a start in this game and was making incredible runs and scored the third goal of the gunners.

Arsenal head coach Unai Emery faced the media after the match and he was asked if Gabriel Martinelli had any chances of being in the first team of the gunners during the 2019/20 campaign. The Arsenal boss did not give a direct answer but he decided to generalise the answer to all the youngsters that got to go to USA.

“Our idea is to give every young player chances to bee with us, first in the training ground and after playing matches like today.” Unai Emery told Arsenal’s official website.

“The idea is to give them more chances in other matches. They will win the possibility to be with us with their performances.”

Gabriel Martinelli has been given the shirt no.35 and most rumours claim that he could get many chances like Matteo Guendouzi did when everyone thought that he would be sent to the Under 23 squad.

Report: Arsenal fans get a glimpse of the Emery and Ljungberg partnership