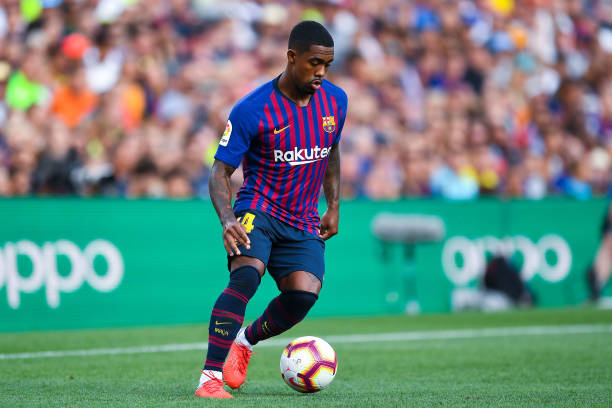 Arsenal has so far signed only Gabriel Martinelli but Unai Emery and the club are working hard on bringing in new players before the transfer window closes in August. The Arsenal fans have already started panicking because the club is yet to show any signs of bringing in more players.

Arsenal head coach Unai Emery has made it clear that he wants to sign a new winger in this summer transfer window and the club has already identified some targets. It’s now been reported that Unai Emery has made a request to Arsenal to try to sign Barcelona’s Malcom according to Globo Esporte who are always reliable when it comes to news about Brazilian internationals.

Arsenal has been linked with many wingers including Wilfried Zaha but the gunners might however fail to get the Ivorian international hence the gunners turning their attention towards Malcom who is out of favour at Barcelona. The gunners will however face competition from Everton who are also interested in the Brazilian international and their advantage is that they have a good relationship with Barcelona.

Arsenal also has an advantage over Everton as the report claims that even though Malcom wants to join a new project, he however hopes that he wants a club that wants European football. Malcom has not been given chances at Barcelona but the gunners would be hoping that the star that was very impressive at Bordeaux is still in there.