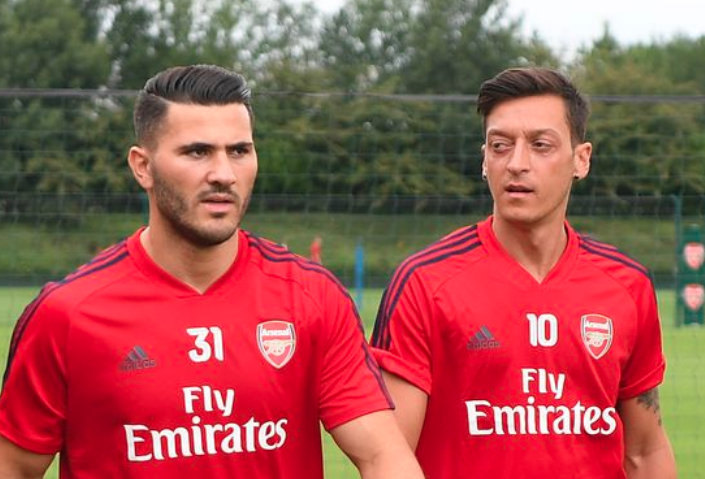 Mesut Ozil and Sead Kolasinac were a few weeks ago attacked by robbers that wanted to take their belongings but the two Arsenal stars were able to escape from them, unharmed and we all thought that this would be the end to this story but that’s not the case.

Arsenal released a statement on Friday which confirmed that both Sead Kolasinac and Mesut Ozil would not be in the matchday squad that would face Newcastle United after ‘further incidents’ happened to them. Mesut Ozil and Sead Kolasinac were not in the match day squad that defeated Newcastle United 1 nil and Unai Emery was asked in his press conference about the availability of these two players ahead of their upcoming Premier League match against Burnley on Saturday.

Arsenal will on Sunday welcome Burnley at the Emirates Stadium but Unai Emery has confirmed that he doesn’t know if Mesut Ozil and Sead Kolasinac will be in the matchday squad. He however confirmed that the club is managing situation and the gooners will be hoping that it quickly gets resolved.

“The club is managing that circumstance. We want to be with them as soon as possible and with normality in training and normality to be ready to play. I don’t know now [if they will play next week].” Unai Emery told Arsenal’s official website.

Both Mesut Ozil and Sead Kolasinac are important players in the Arsenal squad and so the fans will be hoping that they are in the matchday squad of the next game since they have some tough fixtures in the coming weeks but for now, their safety is more important.

Aubameyang speaks out on his upcoming partnership with Lacazette & Pepe

Emery gives an explanation as to why Pepe, Ceballos & Luiz didn’t start