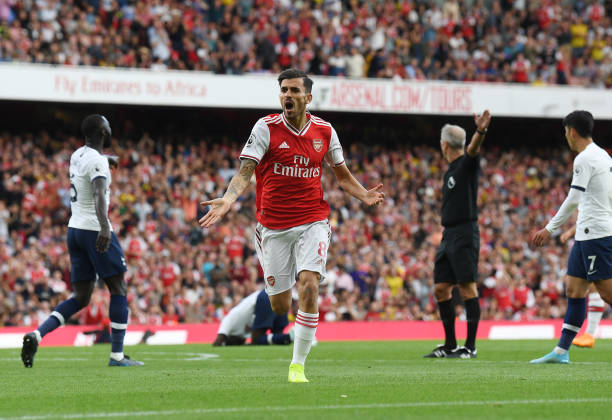 Arsenal completed the signing of Dani Ceballos on loan from Real Madrid in the summer transfer window and he has instantly become a fan favourite even though he has been at the club for a few weeks. The Arsenal fans have already begun calling onto the club to try to sign him permanently in the next summer transfer window.

Dani Ceballos has had a great start to the season as he already has two assists thanks to his incredible performance vs Burnley and even though he had a poor performance in Liverpool, the whole team had a bad day and he also looked lively in the North London Derby two weeks ago. Dani Ceballos recently sat down with The Guardian’s Sid Lowe and he spoke on a number of topics.

Dani Ceballos has been with the Arsenal squad for a few weeks but he has however revealed that he believes that Alexandre Lacazette is the best player at the club when fully fit. The French striker has so far scored two goals and the gooners could agree with him as they voted him their best player of the season after the 2018/19 campaign.

“Alexandre Lacazette, for me, is the best player: he understands the game perfectly and, if he’s 100%, he’s going to give us so much.” said Dani Ceballos in an exclusive interview with The Guardian.

Dani Ceballos’ first start in an Arsenal shirt came in Arsenal’s first home match against Burnley and that’s when he won over the hearts of the fans thanks to his technical ability and his passion. The Spanish midfielder has also said that he loves Arsenal and claims that he has hardly noticed any difference between the London club and Real Madrid.

“I love the city, I love the Premier League and love Arsenal.I’m just really, really happy to be part of this great club. I’ve hardly noticed any difference in size between Real Madrid and Arsenal.” said Dani Ceballos on his first few weeks In England.

Arsenal head coach Unai Emery was very integral in the deal that saw Dani Ceballos come to the Emirates Stadium on loan from Real Madrid and the player has also spoken of how he is delighted that the Spanish coach has so much faith in him.

“Emery knows me well and wants me to show my personality, my desire to learn. I’m still young. I’m passionate about football.” said Ceballos when asked about Emery.

“I can play as a 10 or an 8, but I feel the responsibility of leading, wanting the ball in difficult moments, not hiding, getting the team playing. That’s what separates the really good players. It’s about saying ‘I’m here’ when the team needs you.”