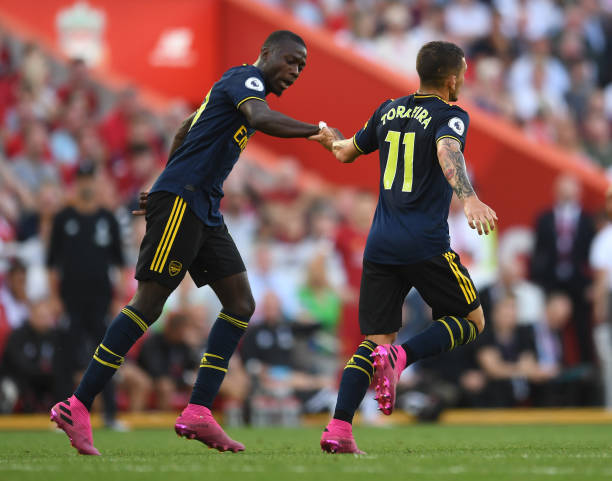 Arsenal will on Sunday make a visit to Watford and they will be hoping to win this game as they do have some tough matches coming up in the next couple of weeks. Arsenal players played for their countries a few days back and Unai Emery was of course hoping that none of his players come with injuries.

Nicolas Pepe was supposed to be with the Ivory Coast squad but he however withdrew from there to come back to London Colney to work on his fitness since he wasn’t fit enough ever since he arrived because of his involvement in the African Cup Of Nations. Unai Emery said “Yes, yes, he is training well and he is ready for Sunday.” when asked if the Ivorian international is fit enough to play as per Football.London.

Arsenal midfielder Granit Xhaka limped off in Switzerland’s win over Gibraltar and Lucas Torreira didn’t take part in Uruguay’s match against USA because of a muscle problem. Arsenal head coach Unai Emery has however confirmed that the two midfielders are both fine and will most definitely be available for selection. He said; “They are ready.”

Arsenal defender Rob Holding has been on the sidelines since November but he however returned to full training a few weeks back and has already taken part in some U-23 matches. Unai Emery had this to say about Rob Holding’s progress to recovery and he hint at starting him in the UEFA Europa League.

BREAKING: Alexandre Lacazette gets ruled out for four weeks