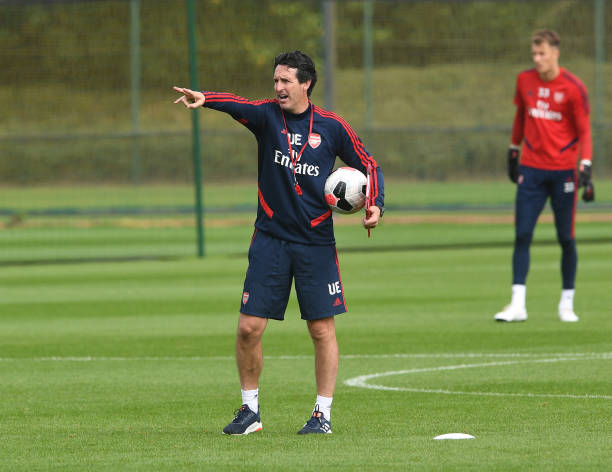 The gunners will this weekend face Watford at the Vicarage Road and Unai Emery will be hoping that he returns to London with all the three points since it will put them in a nice situation in the Premier League top four race.

Watford will on the other hand be looking for their first win of the season after they have had a horrendous start to the 2019/20 campaign and sacked their manager Javi Gracia a few days ago. The Hornets have rehired Quique Sanchez Flores as their new manager and his first game in charge will be against Arsenal who will be eager to win after losing and making a draw with Liverpool and Tottenham Hotspur respectively.

Most clubs that appoint a new manager always have what they call “a new manager bounce” whereby the team in question surprisingly starts performing well and this was seen last season with the gunners when they went on an unbeaten run of 22 matches and Ole Gunnar’s impressive winning streak at Manchester United, the gunners also did lose to Southampton after it had appointed a new manager. So Arsenal fans are nervous that they could be beaten by Watford this weekend after it hired a new manager just before their match.

Arsenal head coach Unai Emery had his pre-match press conference today and was also asked if he is afraid that Watford might have “a new manager bounce” and he replied saying that they will of course respect them and claims that the Hornets will definitely push hard since they will be at home.

“I really respect every coach. I think now with Quique Sanchez Flores, they are going to continue working well like they were doing with Javi Gracia.” Unai Emery told Arsenal Player.

“We are going to respect them and prepare for the match thinking of us in the beginning and after, respecting them with their characteristics.”

“After, some things can change. Watford are going to be the same in their great spirit like a team and also they are going to push a lot in Watford with their supporters. They have very good players.”