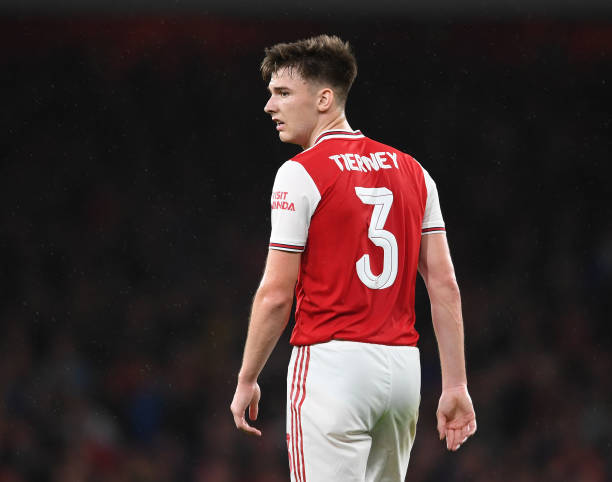 Arsenal completed the signing of Kieran Tierney in the summer transfer window but he has however only played 70 minutes for the gunners this season so far because he arrived at the Emirates with a hernia problem. He made his first appearance for Arsenal last week in the League Cup when the gunners beat Nottingham Forest 5-0.

Kieran Tierney is not in the Scotland national team squad that will be playing in the upcoming International matches and its been reported in the last few hours that the left back might have suffered a new setback on his road to recovery but this has been debunked some new other sources. Football.London claims that Kieran Tierney’s omission from the Scottish squad is because the gunners want him to steadily return to full fitness with them instead of letting him go to the national team this early.

The report also confirms that Kieran Tierney will be available for selection on Thursday when the gunners welcome Standard Liege at the Emirates Stadium as they hope to collect another three more points in the UEFA Europa League. The Arsenal fans will be hoping that he completes the full 90 minutes as they want to see him in the Premier League as soon as possible.

Kieran Tierney’s return will be a nice boost for the gunners because they are reluctant on fullbacks to create chances, so Unai Emery will be hoping that the former Celtic man doesn’t get any new setback as they need him.