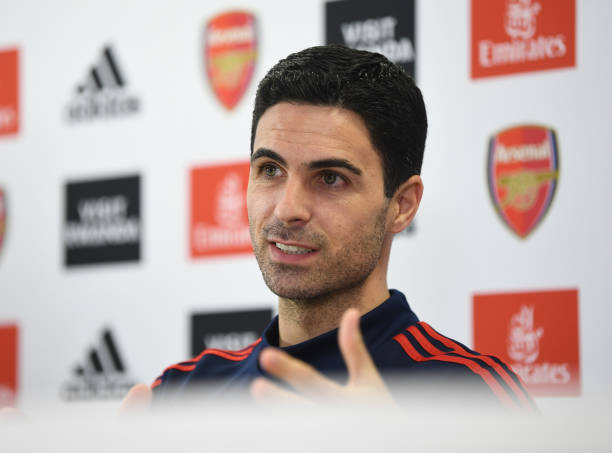 Arsenal are currently in the 10th position on the Premier League table and their main objective at the start of the season was to get a top four finish but that seems off the table at the moment as they’ve only won twice in the league in the last two months. Mikel Arteta got appointed in December with the hope that he could stabilise their season but he has also got one win in his first five Premier League matches.

Arsenal has 29 points and Chelsea who are in the fourth position have 39 points meaning that the gunners could cut the gap to only seven points if they defeat their London rivals tomorrow and Mikel Arteta has also reaffirmed the importance of their upcoming game.

Arsenal head coach Mikel Arteta says that the gunners will need to win against Chelsea to get back into the Premier League top four and also spoke of how they would be a bit closer had they won the reverse fixture since they were leading by one goal until the Blues made a come back in the last minutes of the game.

“It’s very important if we want to have the aim to fight for that (a top four place). The game at home could have made a big difference as well and we were very close to it so tomorrow we need a win.” Mikel Arteta told reporters in his pre-match press conference today.

“Everyone is having a lot of problems to put together back-to-back wins, he league has been very competitive this season and that is why the gaps aren’t that big.”

“There are still four months to play and a lot of things can happen, a lot of games between the top teams as well so I think that will change.”

Chelsea have also had ups and downs in this campaign and the gunners will be hoping to add further misery to their fans tomorrow by defeating them tomorrow to get an away win against a top six side for the first time since 2015. Aubameyang scored for the gunners in the previous game against Chelsea but he will however miss this time as he got red carded in Arsenal’s 1-1 draw with Crystal Palace.

Arteta speaks out on the gameplan he will use against Chelsea