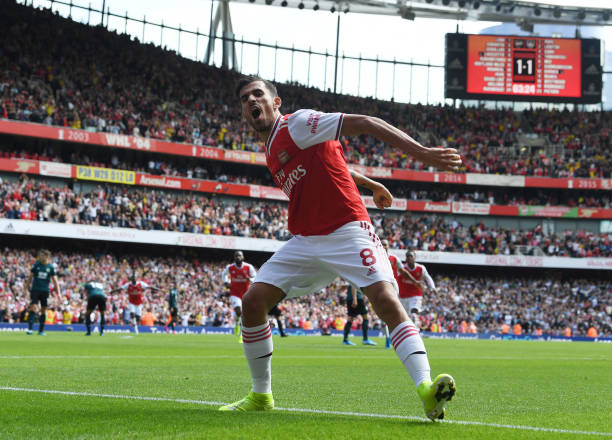 Arsenal signed Dani Ceballos in the summer transfer window on a loan season long loan deal from Real Madrid and he had a lively start as he got two assists in his first home game against Burnley but he however later got injured.

Dani Ceballos was ruled out for months and Arsenal’s new head coach Mikel Arteta was reluctant to play him since he has a policy of only playing players that have shown that they are up for it in training and the on loan Real Madrid central midfielder then finally went into the starting eleven and has impressed in the system of the new boss.

Ceballos has only got two assists and scored once since he arrived at Arsenal but the recent matches of the gunners have shown that he is a player that suits Mikel Arteta’s philosophy than the likes of Lucas Torreira who are usually in the side if you are more worried about defending. Arsenal fans begun urging the club to permanently sign Dani Ceballos after his performances under Mikel Arteta but they might now receive a blow as the Spaniard has said that he had a talk with Zinedine Zidane and that he was told that his future is with Real Madrid.

“I saw Zidane in Valdebebas a few months ago when I was recovering from my injury and he told me that he watched my games with Arsenal.” Ceballos told DAZN.

“I have a good relationship with him and he always told me that we are similar players in the sense that I need to play very often in order to be in good condition.” he added.

“He always told me that my future is in Real Madrid and that I needed to be patient because I will likely have a chance.”

Arsenal will still be hoping that they can secure the signature of Ceballos in the summer if Arteta wants to keep the midfielder at the club and luckily, he has been open about how he loves the fans of the gunners.