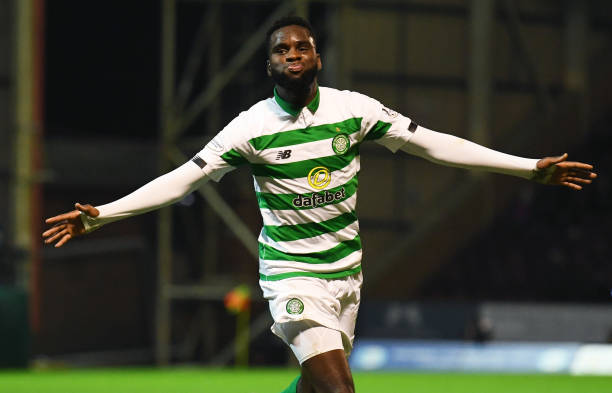 The summer transfer window will be interesting this year because it will probably be opened as soon as the unfinished European leagues get concluded and Arsenal could be one of the busiest clubs as they could need a replacement for either Aubameyang or Lacazette. Odsonne Edouard has been among the strikers linked with a move to Arsenal.

Odsonne Edouard has been impressive this season as he has scored 27 goals in all competitions this season and this has seen a number of clubs get interested in him since he has been clinical infront of goal and is just 22 years old. Odsonne Edouard has been linked with a move away from Celtic in the last few weeks and his club’s manager has said that they are confident that they will agree to a new deal with him.

“There are discussions at the minute with his [Edouard’s] agent. Ultimately he’s a player we want around. He’s a fantastic player. He’s really blossomed over the last couple of seasons. He had a magnificent season this year and we want to keep him.” Celtic boss Neil Lennon told the media.

“It’s as simple as that. We’re doing everything we can to keep him here for at least another season anyway.”

Most reports linking Edouard with a move to Arsenal have been claiming that the gunners would sign the French international to replace Alexandre Lacazette if he leaves and that Mikel Arteta believes that the 22 year old would offer something that his current forwards can’t offer at the moment.

Arsenal would be confident that they can get Odsonne Edouard since they were able to convince Kieran Tierney,  a hard core fan of Celtic to come to the Emirates Stadium last year and so with their history of having success with French players, it could be enough to sway the young striker to come to England.

Report: Thomas Partey’s father opens up on Arsenal’s proposed move for his son