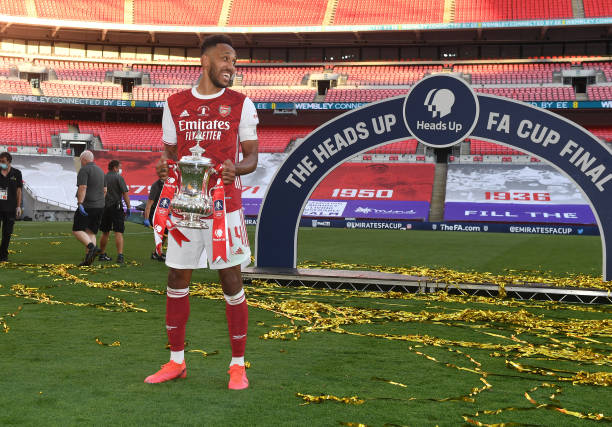 Pierre-Emerick Aubameyang was the star of the weekend after he scored a brace to lead Arsenal to the winning of the Emirates FA Cup and the club has now put renewing his contract as the top priority before heading into the summer transfer market.

Pierre-Emerick Aubameyang was once again Arsenal’s top scorer in the Premier League after scoring 22 goals, just one shy of the league’s golden boot winner and he was very influential in them winning the FA Cup as he scored a brace in both the semi finals and the final. It is currently important that Aubameyang needs to get tied to a new contract and it looks like it is close as the details of the new deal that he will receive have been revealed.

Evening Standard is reporting that Arsenal head coach Mikel Arteta wants the club to make renewing the contract of Aubameyang as a top priority and that the club have offered him a new deal that would see him start earning £250,000a week wages which is a significant improvement on the £180,000 he is currently earning at the moment. The report claims that the new proposed contract’s duration is three years and that it will cost the club £40million in total but almost all Arsenal fans will probably be in agreement in saying that he fully deserves it.

Pierre-Emerick Aubameyang has been linked with a lot of clubs including Inter Milan and Barcelona in the last few months and so the club will hope to conclude these new contract talks as soon as possible because the new season will begin in a month and they won’t want him to have any distractions.

Arsenal already have Matteo Guendouzi’s replacement within their ranks