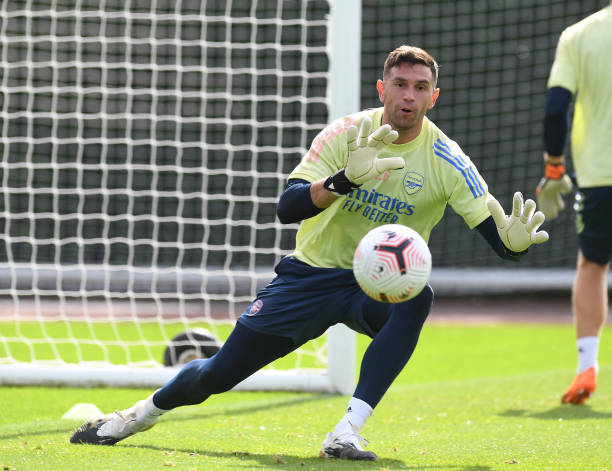 Arsenal goalkeeper Emiliano Martinez has seen his career rise in the last three months as an injury that Bernd Leno sustained in Brighton saw him get a chance and then establish himself as one of the best goalkeepers in the league hence him getting linked to clubs such as Aston Villa. Villa are interested in Martinez but Arsenal will reportedly only sell him on one condition.

Emiliano Martinez has been at Arsenal for seven years now but it’s only this year that he has finally got a proper chance to showcase his talent after many loan moves and he proved to everyone that he is an outstanding goalkeeper in these past few months by keeping nine clean sheets post lock down as well as helping the North Londoners to win the Emirates FA Cup and then recently the FA Community Shield.

Sky Sports is reporting that Arsenal does not want to sell Emiliano Martinez in this summer transfer window and that they would only be able to let him join Aston Villa or any interested on one condition, being that the gunners will have to first sign a replacement before allowing the sale of the Argentinian international. The report also mentions that Arsenal fully understand that Emiliano Martinez would like to be the first choice goalkeeper at the club but that they unfortunately can’t guarantee him or Leno that.

It is going to be interesting to see what Arsenal and Martinez decide as what’s known for now is that Aston Villa are indeed interested in signing the 27 year old and they will have a huge advantage over the gunners as they could promise to make him their first choice goalkeeper. The Sky Sports report says that Arsenal have also identified Brentford goalkeeper David Raya as an option if they were to lose Martinez in this transfer window and that they are currently under no pressure to sell.

Report: Arsenal set their asking price for Hector Bellerin after PSG’s approach for the player