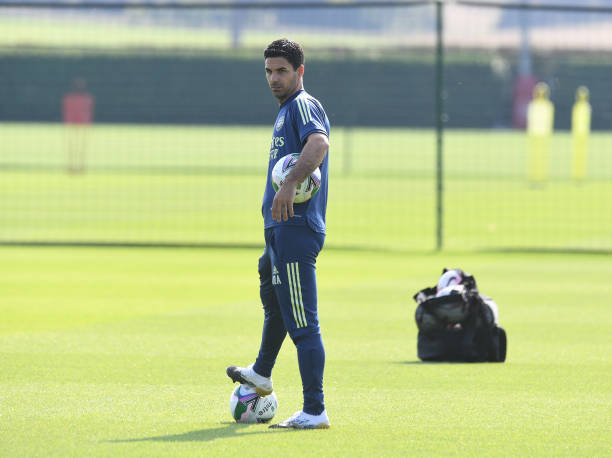 Arsenal yesterday beat Olympiacos 3-1 thanks to late goals from Gabriel and Elneny. But what caught everyone’s attention was the manner in which Arsenal conceded.

Twice in a space of five days Arsenal have conceded in a silly way as a result of “playing out from the back”.

Playing out from the back is a style whereby teams begin passing moves from deep in their defensive area, it has become increasingly popular but has yielded mixed results.

This style is brilliant when executed well and with the right players, but disastrous when you don’t have the right players for it. The aim of it, is to invite players to come press the ball.

What this does if done correctly, is open spaces in behind to be exploited for a swift attack.

Arteta’s Arsenal were successful with this style when they had Emiliano Martinez in goal. He was so comfortable and confident with the ball at his feet and hardly made a mistake, the backline too was comfortable.

Currently Bernd Leno isn’t gifted with what Martinez was able to do and you could see the result in the goal conceded yesterday.

Ceballos was dispossessed after receiving a clumsy pass from Leno that lead to Olympiacos’s goal. (Photo by Stuart MacFarlane/Arsenal FC via Getty Images)

Playing out from back is a recipe for disaster. Arsenal lack the technique and the quality for what Arteta is trying to do.

Arsenal have conceded tones of goals this season from clumsy passes in the defence and silly back passes. Why can’t Arteta notice this thing just won’t work with the current players we have.

Players like Xhaka, Elneny, Luiz, Ceballos and holding can’t cope with being pressed and are either slow or immobile. Leno isn’t comfortable with the ball at his feet.

Under Arsene Wenger the Gunners never played out from the back but still played good football.