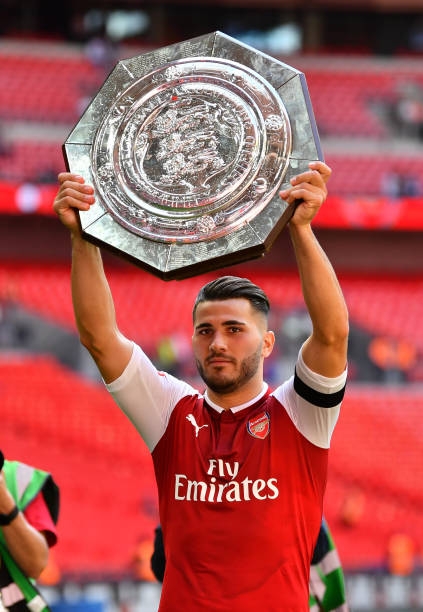 The gunners signed Sead Kolasinac on a free transfer last summer and he has since established himself as a fan favourite at the Emirates stadium The left back defender was interviewed by the Arsenal magazine journalists about the players he admired when he was still a little boy and he said that Roberto Carlos and Zinedine Zidane were the two players he liked most and looked up for as a young footballer.

“Roberto Carlos and Zinedine Zidane are the two that really stayed in my head. ‘You don’t have to say much about those two, everyone knows them and as a child, they had a real influence on me.” the defender said. (Info – arsenal.com)

Well unfortunately, these were not former Arsenal but that cannot make them gate him.

Sead Kolasinac has been very impressive for the gunners this season and the gooners were very happy about him mostly in the Community Shield tie against Chelsea where he scored the equaliser which proved to be the goal that changed the whole match and finally the gunners winning on penalties. The most surprising and great feeling is that they got this versatile player for free and credit is given to Arsene Wenger for identifying and bringing the Bosnian international at the Emirates stadium.

When the news broke out that Arsene Wenger was targeting Sead Kolasinac who had been released by his then club Schalke 04 because the French manager could usually opt for cheap players who could usually come at the Emirates stadium and flop but this is a different story as Sead Kolasinac has proved that he is better than most of the expensive left backs in the English Premier League.

Sead Kolasinac is nicknamed many names by the supporters but the most common one is ‘THE HULK’ due to his physical body. Him being strong is a great addition to the Arsenal squad because the gooners have always been deemed to soft by football analysts because they lack players that are physically strong.