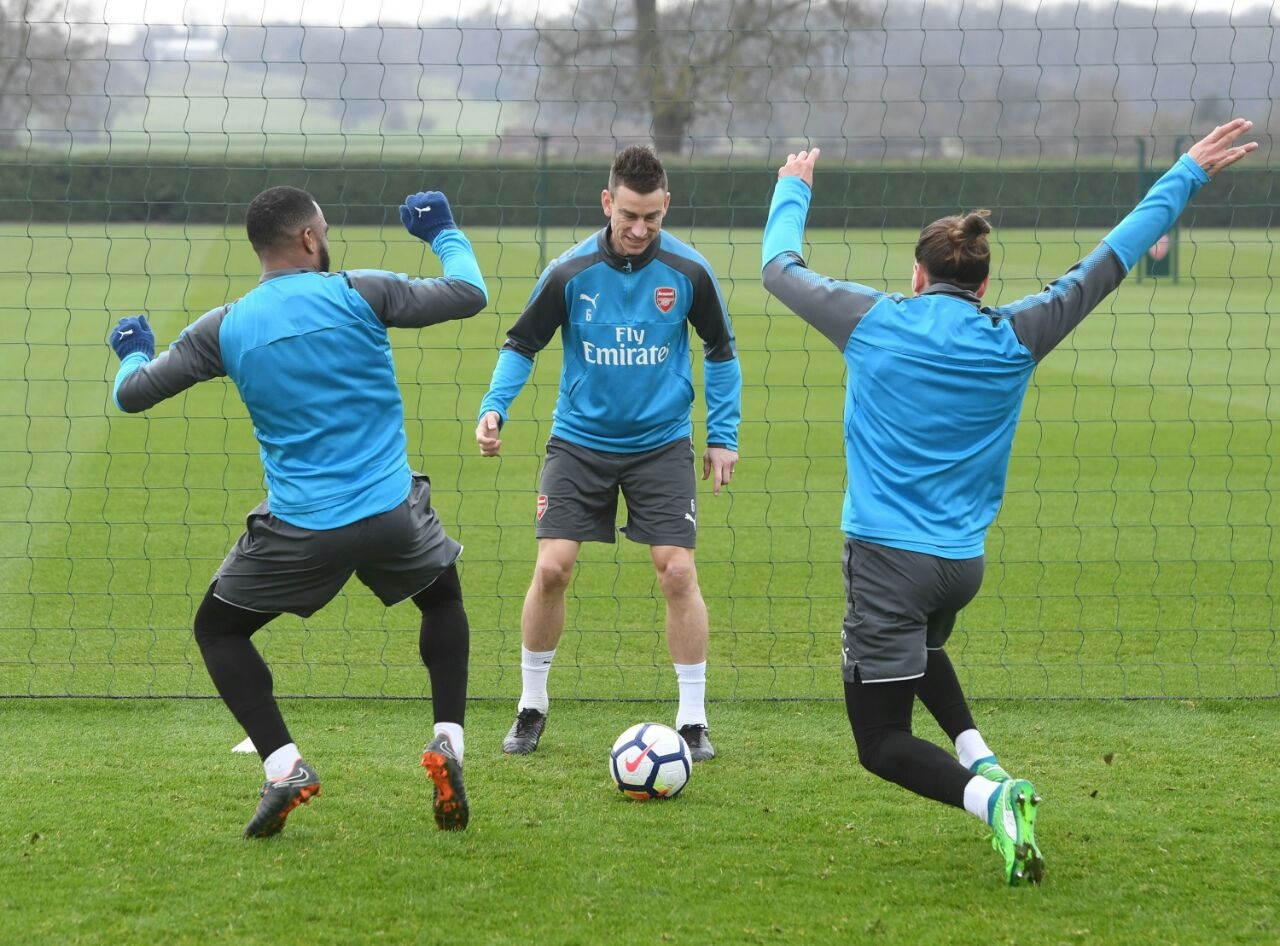 The gunners will be welcoming Southampton at the Emirates Stadium tomorrow as they play their 32nd match of this year’s Premier League campaign.

The Arsenal squad trained today at its training grounds after a one day break after their tremendous win against CSKA Moscow on Thursday, the gunners will come into this match with a lot of confidence because they have won their last five matches which is a great morale booster.

We have brought to you some of the pictures taken in today’s Arsenal training by their official photographer Stuart.

The gunners will come into this match hoping to get a win because they would like to finish off the season on a winning streak in order to appease the supporters who have been disappointed in the club this season.

Lacazette Reveals How He Can Play Together With Aubameyang