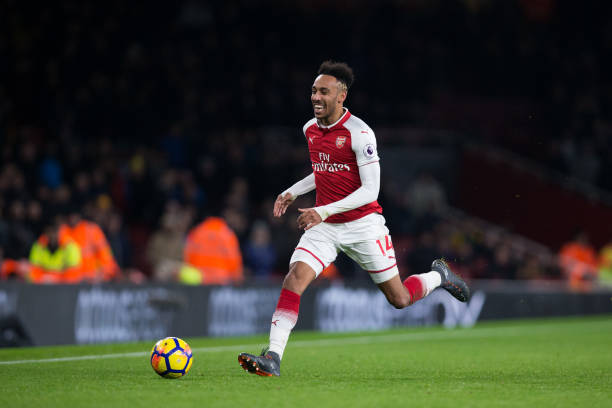 The gunners signed Pierre-Emerick Aubameyang in the January transfer window and he has already showed his quality to the supporters as he finished off the season with 10 goals after finishing a few months with the club. The striker was Arsene Wenger’s last signing and he was happy to have scored Arsenal’s last goal of the season.

The 26-year-old said that the match against Huddersfield Town was important for them because it was the last match of Arsene Wenger because it was great to win that game for him. He also talked about the next season and what he thinks will happen.

“Next season can be a success, these last weeks we played well and have a lot of young players coming through.” said Daily Star.

“It’s good for the future and am sure next season will be a good season for us.”

The Arsenal supporters are full of praise for Aubameyang because he has proved that he will be able to score many goals next season since he was able to score ten goals in the second half of the season so they will be eager to see what will happen when the new season opens when he is available.

The Arsenal team had been linked with a move for Aubameyang in almost every transfer windows and when it was first reported that Arsene Wenger wanted to bring him at the Emirates Stadium, most of them thought that they are just rumors but it turned to be true and most supporters have given credit to him for leaving the club when he was brought them a top star.