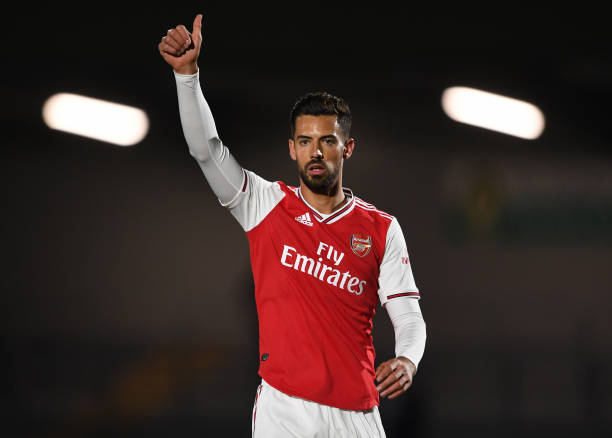 Arsenal completed the signing of Pablo Mari from Flamengo on a loan deal in the January transfer window and it’s believed that the gunners were hoping that the next six months would be used to determine whether they should sign him permanently. Mari has come out and made a hint at his future at Arsenal amid many reports of the gunners wanting a new centre back.

Pablo Mari did not play for Arsenal in his first month at the club because he had to first get back to fitness since he had already gone into pre-season since the Brazilian main football league ends in December and so the gunners contacted them about signing him when he had just begun preparations for their new upcoming season.

Pablo Mari played in Arsenal’s FA Cup win over Portsmouth and in the 1-0 win over West Ham United but then the Premier League got suspended when it looked like he had just earned a place in the starting eleven. Mari is expected to be at the Emirates for a few months since his loan deal was expected to end in July but he has however hint at wanting the deal to be made permanent.

“We played well. I have a lot of things to learn but I think my football can be really good with the Arsenal.” Pablo Mari told Sky Sports.

“I hope the club and I can go at the end (of the season) with good things to do the permanent transfer. We will see what happens because at the moment with the virus it is difficult.”

It is no secret that Arsenal will try to sign a new centre back in the summer transfer window but it is however unknown whether the gunners will indeed try to sign Pablo Mari permanently. It is however unfortunate that the Coronavirus pandemic has seen the abrupt stop of the Premier League since the next few matches would have been used to see whether Pablo Mari is worth keeping at the Emirates.