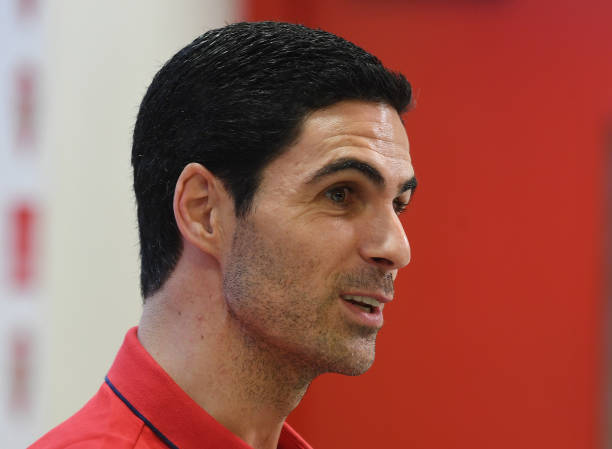 It’s been just been four months since Mikel Arteta’s appointment as Arsenal boss was confirmed and we’ve in this period learnt of how he wants his team to play and the players that are likely to continue playing under him. In this opinion piece, we take a look at two fan favourite players that Arteta could let go in this upcoming transfer window.

Matteo Guendouzi joined Arsenal in the 2018 summer transfer window and he has over the time became a fan favourite because everyone didn’t expect Unai Emery to give him that much game time that he got. Mikel Arteta has however shown not to be a big fan of the French youngster as he has not started under him many times and they did have a bust up with each other in the Dubai trip which ended up seeing the 20-year-old be removed from the matchday squad of a game.

BOURNEMOUTH, ENGLAND – JANUARY 27: Matteo Guendouzi of Arsenal during the FA Cup Fourth Round match between AFC Bournemouth and Arsenal at Vitality Stadium on January 27, 2020 in Bournemouth, England. (Photo by David Price/Arsenal FC via Getty Images)

Matteo Guendouzi despite having a lot of potential, he is however not good in any position be it in CM, DM or even as a deep-lying midfielder and so Mikel Arteta and the club could be tempted to cash on the 20-year-old while his stock is still high.

Lucas Torreira also arrived at Arsenal in 2018 and he had a successful first season at the club but things went downhill this season when former Arsenal boss Unai Emery decided to try to make him a box to box midfielder because he believed that his height and passing wasn’t good enough to be the deep-lying midfielder in the starting eleven. Unai Emery is gone but Arteta has also seemed to prefer Ceballos over Torreira because he likes great passers in his squad over a destroyer like the Uruguayan international.

Arsenal have already been heavily linked with Atletico Madrid’s Thomas Partey and so Mikel Arteta would not be against the idea of selling Lucas Torreira in the summer since they would have got an upgrade if the Ghanaian international comes to the Emirates Stadium. Lucas Torreira became a fan favourite after his emotional goal in last year’s home North London Derby and so his departure wouldn’t be well received if the club decided to do that.

Report: Two free players that Mikel Arteta is likely to sign in the summer

How Arteta’s Arsenal could lineup without Aubameyang next season