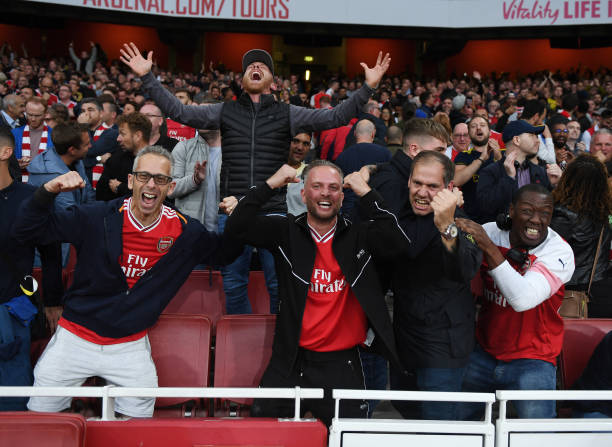 The Arsenal players have this season faced a lot of struggles as they have not only gone three different managers but have had to endure the intense criticism from the fans who were also sad since their team was having a poor season. Social media has also made it possible for everyone to always direct abuse or unfair criticism and so we are going to take a look at three Arsenal players that have not been appreciated enough by their own supporters this season.

Arsenal signed David Luiz from Chelsea in the summer transfer window and he had a poor start to life as he gave away a penalty in the game against Liverpool and then later against Watford which saw the North Londoners dropping two points. The Arsenal fans have heavily criticized David Luiz throughout the whole season and their opinions of him were also reaffirmed by Sky Sports pundit Gary Neville who said the defenders at the Emirates Stadium were uncoachable.

Luiz has however recovered from those mistakes that he made at the start of the season and has in the last few months proved that he is Arsenal’s best defender by putting in incredible performances since Mikel Arteta got appointed as the new head coach of the North Londoners. Luiz is also very important in the Arsenal backline because he is the best ball playing centre back in the squad and we did see his impressive creativity in the win over Everton as he spotted Aubameyang’s run. Luiz is also one of the few leaders in the squad.

Alexandre Lacazette was voted as Arsenal’s best player of the season last season but he has however this season been a bit poor and has received a lot of abuse from the Arsenal fans even though he has still been important this season. Lacazette has scored only nine goals in all competitions this season and even went on a goalless run of nine games but he has however is still not appreciated enough by the fans due to him being simply off poor form in this campaign but context is always key.

Lacazette got injured in a pre-season game against Lyon and the season begun when he was still not fully fit but did however manage to play in the North London Derby and he pulled one goal back for the gunners who were two goals down and the match ended up ending 2-2. Lacazette was however then ruled out for some time and then he came back in the last months of Emery’s era and that was period that most players has given up on their manager. Lacazette has always come out when the gunners needed him as he even scored Arsenal’s match winning goal against West Ham United.

Granit Xhaka was voted by the Arsenal players as the captain of the club but he was however stripped off this title by Unai Emery a few weeks later after he had a bust up with the fans. This incident killed his relationship with the Arsenal fans since he was already not a fan favourite club but he however apologized and has put his head down, and started putting it in good performances.

Arteta begging Xhaka to stay in January is a clear indicator as to how the fans might not appreciate him enough as he has impressed in the last few months under the new Arsenal boss since he has stopped playing as a deep-lying midfielder as he did under Emery which made the fans believe that he wasn’t good enough.

Report: How Mikel Arteta will make Pepe one of the best wingers in the PL next season