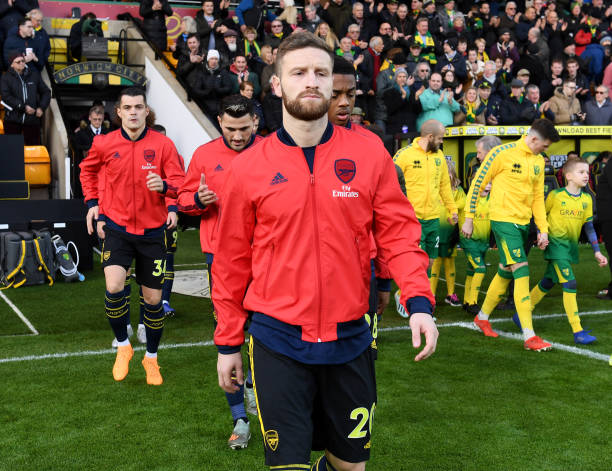 Arsenal return to action on Wednesday evening after a 2-1 win on Sunday against Sheffield United that saw them through to the semifinals of the FA cup.

It will be the first home game ever since football resumed, although it will be without fans. Arsenal have played four consecutive away games so far.

Cedric Soares is fit and make his debut appearance while Ozil and Torreira are subject to late fitness tests.

Top scorer Aubameyang, Ceballos and Bellerin were rested against Sheffield Utd and should return to the starting team with Aubameyang looking to end his goal drought.

Arsenal are unbeaten at the Emirates in the league this calendar year and, if they can maintain that form until the end of the season, it could be the foundation for at least qualifying for the Europa League via the Premier League this season, something they are currently two places and two points short of being in a position to do so.

Norwich have the worst away record in the entire division this season with only one win, six points and six goals to their name from 15 games.

Arsenal should continue their winning ways against a relegation threatened Norwich at home and Aubameyang should be able end his goal drought. Ozil, Torreira and Cedric Soares are tipped to feature of the bench given the increase in permitted substitutes.

Arsenal Vs Leicester City: All you need to know