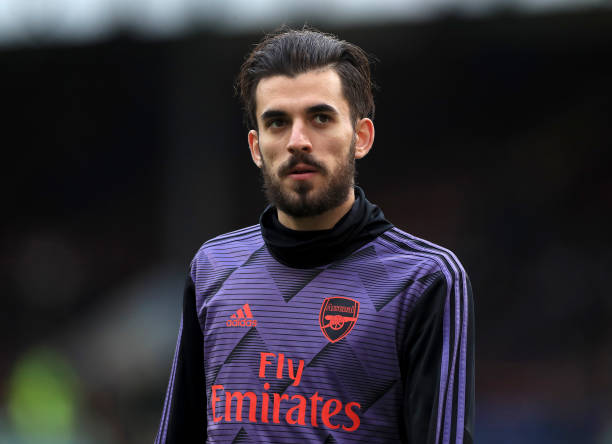 Arsenal completed the signing of Dani Ceballos in the summer transfer window and he had a tough first six months in England as he got injured in the first months of the season and wasn’t in favour when he returned as a new boss in Mikel Arteta had been appointed.

The gunners brought Dani Ceballos on a loan deal from Real Madrid because they were short in midfield after losing Aaron Ramsey and loaning out Mohamed Elneny and the young Spanish midfielder did have a great start to life as a gunner as he assisted twice in the 2-1 win over Burnley but then later got injured and then later returned in January.

Dani Ceballos worked his way into Mikel Arteta’s starting eleven before the Premier League got suspended and he has also kept his place as a regular in the squad that usually since the restart and the Arsenal boss has yesterday hint at the North Londoners possibly signing the 23 year old as he also reveals that he has been hugely impressed with him. Arteta says that both Arsenal and Real Madrid need to have talks about the future of Ceballos.

“I am really happy with him. I love how much he likes to play football, the passion he puts into every training session and in every game. His celebrations, whether he’s on the pitch or on the bench, he puts his life into it.” Arteta told Sky Sports.

“He’s evolving the right way and has become a really important player for us. We are talking to the club – obviously we don’t own the player, it’s not in our hands. The clubs need to have communication and see what we can do.”

It’s still unknown whether Arsenal will indeed try to permanently sign Dani Ceballos but Mikel Arteta hasn’t been afraid to say in press conferences how he wants to keep the midfielder and so it will be interesting to see if Real Madrid will let him go or if the player himself wants to stay at the Emirates Stadium. Perhaps another season long loan?

Report: Arsenal to get chance to resign Aaron Ramsey just a year after his departure