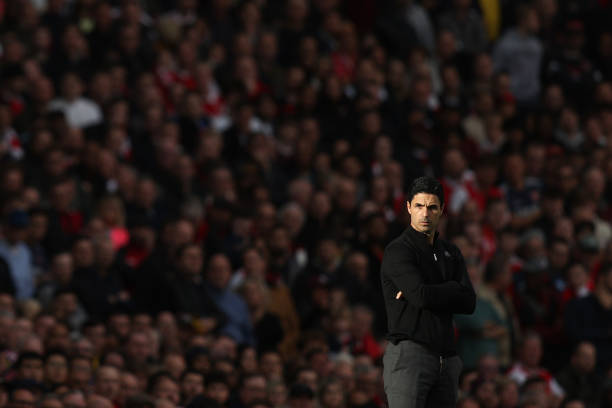 Arsenal have started talks to explore the signing of Spanish right back Iván Fresneda from La Liga side Real Valladolid in this January transfer window. The 18-year old defender hails from Villalbilla, Madrid and has been an important part of the Valladolid squad since his breakthrough.

Iván Fresneda is known for his strong defensive attributes, which include tackling and interception, as well as his ability to distribute the ball effectively while driving forward into space. This suggests that he could be an ideal addition to Arsenal’s defence, especially when considering the fact that right back Cedric Soares is likely be on his way out of the Emirates Stadium.
Freshneda’s qualities also implies that he can offer more attacking threat down the right flank than Tomiyasu. Transfer news expert Fabrizio Romano confirmed that the talks have indeed begun.

The North Londoners already completed the signing of Leandro Trossard from Brighton & Hove Albion a few days ago to fill their need for a winger and add energy to their attack. However, there is still room in Arsenal’s roster for another player who can enhance their strength in defence. With their negotiations with Valladolid over Ivan Fressenda already beginning, it appears that they are looking to bring someone for the long term since he’s still so young.

If all goes according to plan for Arsenal and a deal is agreed with Valladolid for Iván Fresneda, then he should provide a valuable asset in defence for many years at the Emirates Stadium.

Revealed: Why Declan Rice will choose to join Arsenal over Chelsea