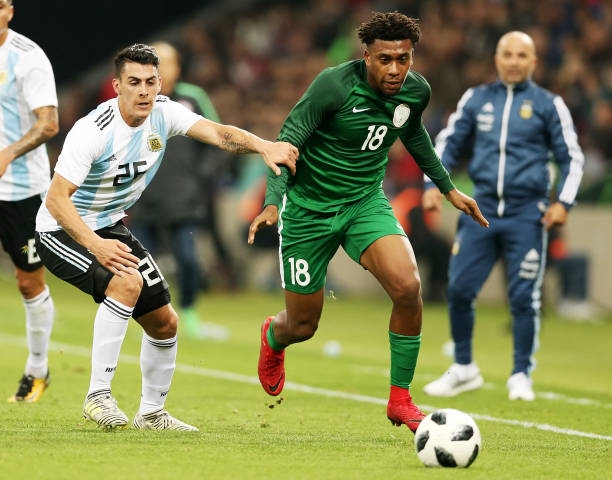 CHECK OUT THE HIGHLIGHTS INCLUDING TWO GOALS FROM IWOBI.

The gunners are quite impressed and happy for Alex Iwobi who has started building a successful international career and will be hoping that his performances for the national side help him to earn a place in Arsene Wenger’s usual lineup that will probably be used against Tottenham Hotspurs on Saturday.

Alex Iwobi was among the top performers today when the super eagles faced the less Lionel Messi Argentina as the African team came from 2 goals down to win the match 2-4 after such a miraculous come back which has attracted a lot of attention amongst the Arsenal supporters.

Related Topics:Alex IwobiArgentinaNigeria
Up Next