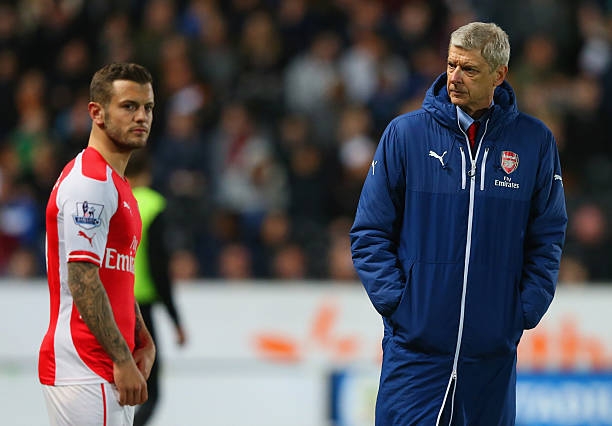 Arsenal midfielder Jack Wilshere was left out of the England squad despite the national side having many injuries left out due to injury but the gunner wasn’t selected.

Jack Wilshere was left frustrated and the midfielder didn’t hide his disappointment but said that respects the decision made by Gareth Southgate who recently took charge of the national team.

Former Arsenal star Paul Merson has spoken about the situation of the English international at the Emirates stadium and believes that it might be the perfect time for Jack Wilshere to leave Arsenal but not stay in England.

“ Southgate has called up Jack Cork, who I like and think is a good player, but Jack Wilshere has got to move.’ the legend told Sky Sports News.

‘It’s alright Arsene Wenger saying a fit Wilshere gets in the England team, but you have to play for Arsenal.’

‘The way he plays, I think going abroad probably suits him and his game, otherwise he is going to go to a relegation-battling team, and that is not his game.”

The gunners won’t be happy with the advice their legend is giving their player because he is a fan favorite at the Emirates stadium and Arsene Wenger has always said that Jack Wilshere is s top player that he wouldn’t wish to let go because he likes the ability of the English international to open up defenses during intense matches.

Arsenal supporters will get worried that Jack Wilshere might follow this advice because he has had chances limited and the fact that he has never started an English Premier League start this season but he has been getting some opportunities in the Europa League and the EFL Cup. The midfielder was injured when the 2017/18 campaign started but he has fully started performing well as he did in the past.

Most football analysts and pundits believe that Jack Wilshere is a very skillful player but injuries have been a big hindrance towards the progress of his footballing career as he has been getting some long term injuries which keep him out for almost a full season.

Olivier Giroud Finally Opens Up On His Future