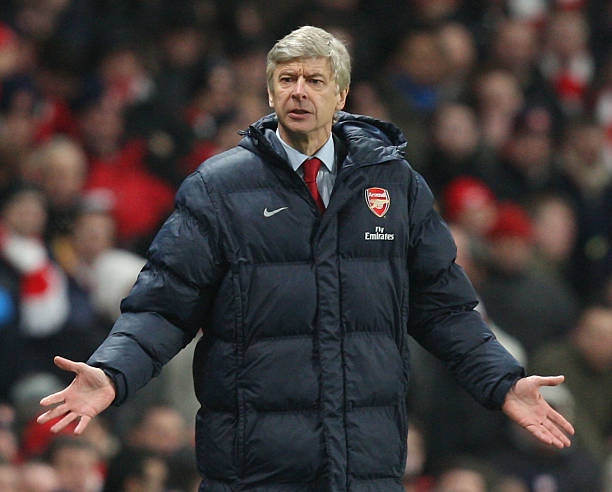 The gunners have started the 2017/18 season on a poor note and most Arsenal supporters are shifting all the blame on Arsene Wenger.

Arsenal are currently 6th on the English Premier League and they have suffered some embarrassing defeats against teams like Liverpool and Watford due to poor tactics and player under performances.

Former Arsenal striker Alan Smith has spoken about the performance of the Arsenal team this year and says that Arsene Wenger made a very big mistake to put pen to a new deal to extend his stay at the Emirates stadium.;

“It was a huge decision for Wenger, it has been his life for 20-odd years.’ the legend told London Evening Standard.

‘With an offer of a two year contract, he was thinking shall I or shall I not!’

‘Obviously Wenger signed it but. as I said at the time, it would have been better if he had walked away to rapturous applause.’

The gunners will agree with their former striker because there was even continuous protests that were opposing and hoping that the Arsenal board doesn’t offer the French manager a new contract after the 2016/17 season but all those efforts weren’t fruitful because the board then decided to offer Arsene Wenger a new 2 year contract extension.

Arsene Wenger seemed happy after signing a new contract and promised to give the gunners a new Arsenal squad with strong mentallity but Alan Smith says that the manager lied to the supporters when promised a new and strong team;

“As it is, we are in a state of limbo where not many supporters expect Arsenal to be pulling up trees in the next two years, hopefully they will and the atmosphere is funny.” the former Arsenal star said.

Most football analysts and pundits have already ruled out Arsenal in the teams that are capable of making a challenge for the EPL title this season because they haven’t been that impressive starting from their first match against Leicester City which they won thanks to a late goal from Olivier Giroud. The gunners then paid a visit to Stoke City which miserably defeated the North Londoners before being humiliated by Liverpool.