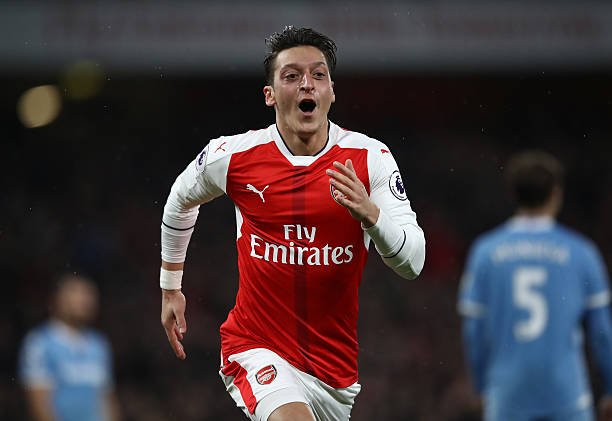 Arsenal have so far played three matches without German international Mesut Ozil who has been struggling to get back to fitness for a while now. The gunners have won two of those three matches without their first choice attacking midfielder and most football pundits have urged Arsene Wenger to drop the midfielder more often because his team looks more dangerous and balanced without the 27 year but it isn’t known whether the manager will agree with them to make Mesut Ozil fight for his position at the Emirates stadium.

Alex Iwobi is the player that played in Mesut Ozil‘s position at the weekend when the gunners took on Brighton & Hove Albion and he did not have a bad performance but he is still young and you can’t expect him to keep up with all the pressure of delivering results so it means that Mesut Ozil will surely reclaim his position when he is fully fit and unless if the rumours that he will be leaving Arsenal in January according to some reports in England.

Mesut Ozil is an influential player for the gunners in the years he has spent at the Emirates stadium but he has faced difficulties in last season’s campaign and this one that begun this year in August. The midfielder has continually been attacked by former Arsenal players and football analysts who call him too lazy and soft but he said that he focusses on the team and does not listen to the criticism they send to him said the German midfielder as he was celebrating finishing four years at the Emirates stadium.

Aaron Ramsey and Jack Wilshere are the best alternatives should Arsene Wenger try to bench the German international but Wilshere is an injury prone meaning it would not be a good idea for the gunners to rely on him while Ramsey has started getting used to the central midfield role eben though he had always said he admired playing the attacking midfield role. Statistically, Mesut Ozil is the best attacking midfielder they have had in recent years so it is best the club pleases the midfielder.

Related Topics:Mesut Ozil
Up Next

Why Arsenal Supporters Should Not Underrate Ozil’s Services